The Alpha Dog is a dog-like robot that was created and tested by Boston Dynamics, a company acquired by Google, with the aim of using it for military purposes. The robot was built with the aim of supporting military troops in a very intelligent way. It would run together with the troops, perform actions at their command, and even carry their payload. 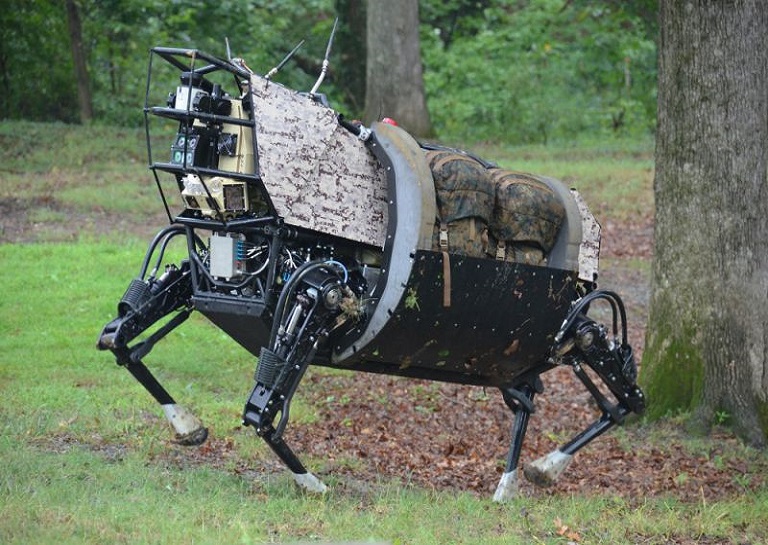 The project has received a fair amount of success as it passed various tests over the duration of two and a half years, totaling a cost of $32 million. But after all these tests and upgrades, there was one final obstacle it had to overcome. This is the actual acceptance into the military.

Unfortunately for the Alpha Dog, the US Marine Corps decided to withdraw from using it on the field for one primary purpose; it was too loud.

“As Marines were using it, there was the challenge of seeing the potential possibility because of the limitations of the robot itself,” according to Kyle Olson, from the Warfighting Lab to Military.com. “They took it as it was: a loud robot that’s going to give away their position.”

There was actually a smaller version of the Alpha Dog that was created so as to combat the sound problem. The robot, known as Spot, was significantly less noisy than its larger counterpart thanks to the quiet electric motor that powers it. However, as expected, the payload it could carry was also significantly less than that of the Alpha Dog, and as such, it was scrapped away as well.

For now none of the robots are going to be used, at least not until a significant breakthrough can be achieved. Perhaps one direction would be to find a way to reduce the weight of the Alpha Dog, making it possible to use less powerful and noisy engines to run.