OpenAI's collaborative AI system has beaten some of the world's best Dota 2 players.

A team of AIs working collaboratively have managed to beat five semi-professional humans at the multiplayer online battle arena (MOBA) video game of Dota 2. The robots outperformed the humans with a final score of 2-1. 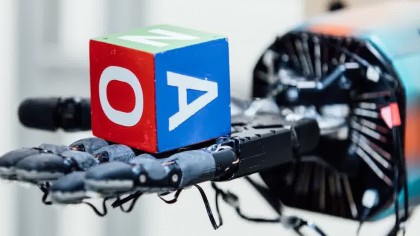 They dominated the humans who sit in the top 99.95 percentile of Dota 2 players. Team games are much more difficult as they require long-term planning and serious coordination.

OpenAI cofounder and CTO Greg Brockman tweeted that the day had been an ‘emotional ride’.

Today has been an emotional ride. Moment of panic after Five declared such high win probabilities. But seems like those predictions were warranted. Extremely proud of the OpenAI team and very excited to continue improving the system as we prepare for The International.

To train for the tournament OpenAI Five played 180 years worth of games against itself every day, learning via self-play. The AI system trains ‘using a scaled-up version of Proximal Policy Optimization running on 256 GPUs and 128,000 CPU cores.’

Open AI systems learn how to play games like Dota 2 by analyzing the data of thousands of previous matches and then using that to teach themselves strategy and skill. Dota 2 is a free-to-play multiplayer online battle arena available on steam. The game is played in two matches where two teams of five players face off against each other.

Each team occupies and defends a home base. The gameplay revolves around the teams controlling a hero who has different skills and abilities.

The team's heroes battle each other and collect experience points. The winner of the game is the first team to successfully destroy a large structure located in the opposing team's base, called the "Ancient".

There is an emerging professional circuit of the game that emerged in 2015. Valve sponsors the circuit that has a reported 40 million dollar annual prize pool.

While teaching AI how to play games might seem like a waste of the resources, game-playing AI is just one step in the larger project of developing AI that can respond to changing environments and solve complex problems. AI is already being developed to assist researchers to figure out complex problems like how to predict cancer as well as mitigate the effects of climate change.