The new rocket made its debut at Orbex’s massive new facility in Scotland.

Dubbed the Orbex Prime, the two-stage rocket made its debut at the opening of its new headquarters at the company’s new facility in the Scottish Highlands; with thought leaders and local VIPs in full attendance.

At their new 2,000 square meter facility, the Orbex team presented the newly completed engineering prototype of the Stage 2 rocket, while the Stage 1 aspects of the rocket is still very much a secret; although Orbex does indicate that this part of the rocket is expected to be a reusable vehicle. 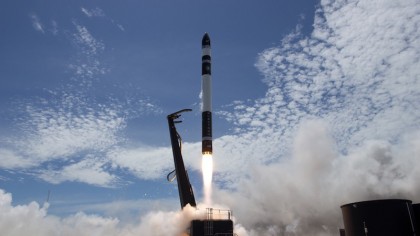 The Stage 2 rocket presented is made from a specifically formulated lightweight carbon fiber and aluminum composite, the comfortably hosts a light and fuel efficient 3-D printed rocket engine. Yet, there is something very special about this rocket.

The rocket was printed in one piece, meaning the rocket itself does not have any joints or welding that could weaken the rocket during launch when the vehicle is exposed to extreme temperatures and fluctuations. This gives the Orbex Prime an advantage over other rockets.

The Stage 2 rocket will be responsible for pushing a rocket into orbital flight during launch. With the Orbex Prime 30% lighter and 20% more efficient than any other vehicle in the small launcher category, the rocket itself packs far more power per cubic liter than many of the heavy launchers in the same category.

However, the impressive feats of this rocket do not end there. Aside from the impressive 3D printed body of the rocket, the Orbex Prime is one of the first commercial rocket engines designed to work with bio-propane. Completed in conjunction with the company Calor, this clean-burning fuel cuts carbon emissions by 90% compared to fossil hydrocarbon fuels.

Expected to launch in 2021, the mission is expected to transport an experimental payload from UK-based Surrey Satellite Technology Ltd.

Aside from the excitement regarding the rocket, Orbex is ecstatic the new opportunities that await the company after the opening of their new facility.

“Orbex’s new rocket design facility brings Britain one step closer to having its own domestic commercial launch capability and firmly positions the UK as Europe’s frontrunner for those looking to Earth’s orbit and beyond for new opportunities”, says Graham Turnock, Chief Executive of the UK Space Agency.

This 3D-Printed Rocket Engine Was Made With AI