An Orbital ATK Antares rocket just launched a Cygnus supply ship loaded with 3 tons of cargo headed to the ISS.

An Orbital ATK Antares rocket has just launched a Cygnus supply ship that will deliver approximately 3 tons of NASA cargo to the International Space Station. The Rocket lifted off at 4:39 a.m. EDT (0839 GMT) from Pad-0A of the Mid-Atlantic Regional Spaceport at NASA's Wallops Flight Facility in Virginia.

If you were lucky enough to be near the space station at the time of the launch, you might have seen what looked like a shooting star. According to Space.Com’s columnist Joe Rao that would have been the rocket's first stage.

Antares's second stage looked like almost like a comet with a long smokey contrail behind it being illuminated by the sun. The rocket’s second-stage ignition occurred 4 minutes and 22 seconds after liftoff.

Antares successfully lifted off from the Mid-Atlantic Regional Spaceport on Wallops Island at 4:44 this morning, carrying the Cygnus cargo spacecraft. #Cygnus is now on its way to the International Space Station. pic.twitter.com/jlmSQwHqgR

The launch was originally planned for Sunday, May 20 but it was delayed to due to more extensive pre-launch inspections and better weather conditions. This is Orbital ATK's ninth commercial cargo flight to the ISS. Its last mission was in November 2017.

Today the Cygnus is carrying 3,350 kilograms of cargo for the 55 space station crew onboard the ISS. The cargo contains not only food and clothing, but also scientific equipment for new experiments set to take place aboard the station.

The equipment carried to the ISS by the Cygnus contains varied things such as packets of concrete and alcohol to traditional, metal sextants. It is even carrying equipment from the Cold Atom Laboratory (CAL) that will be used to create the coldest, human-made spot in the universe.

The Cygnus is comprised of two modules. The Service Module (SM) incorporates the avionics, propulsion and power systems; and the Pressurized Cargo Module (PCM) carries the crew supplies and scientific experiments. Cygnus is not capable of returning cargo to Earth, it burns up on re-entry disposing of both itself and any rubbish cargo it was loaded with from the ISS. 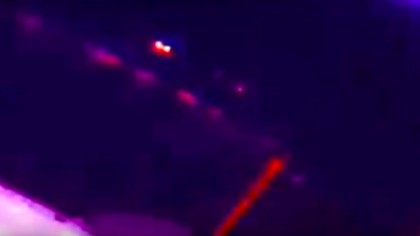 Orbital ATK has a tradition that for every Commercial Resupply Services (CRS) mission, the Cygnus cargo spacecraft is named after an individual that they want to recognize for their contribution to the U.S.'s human spaceflight programs. For the OA-9 mission, Orbital ATK  announced that the OA-9 spacecraft will be named after J.R. Thompson.

Thompson was a 'distinguished leader in the aerospace industry and a member of our Orbital ATK family. Throughout his life, J.R. held prominent positions at NASA, the Marshall Space Flight Center, and Orbital Sciences.'