You probably remember high school biology where you were taught that the mitochondria is the "powerhouse" of the cell, well, it turns out that it may not be as essential as once thought. A new study has been published that found a Eukaryote present in the gut of one of the scientist's pet chinchillas that indeed, does not contain mitochondria. A eukaryote is an organism in which the DNA is enclosed in a membrane, and it was previously thought that every single eukaryotic cell had to contain mitochondria to function. The organism found was from the genus of Monocercomonoides, which live in low oxygen environments.

“In low-oxygen environments, eukaryotes often possess a reduced form of the mitochondrion, but it was believed that some of the mitochondrial functions are so essential that these organelles are indispensable for their life. We have characterized a eukaryotic microbe which indeed possesses no mitochondrion at all.” ~ Anna Karnkowska, co-author of the study 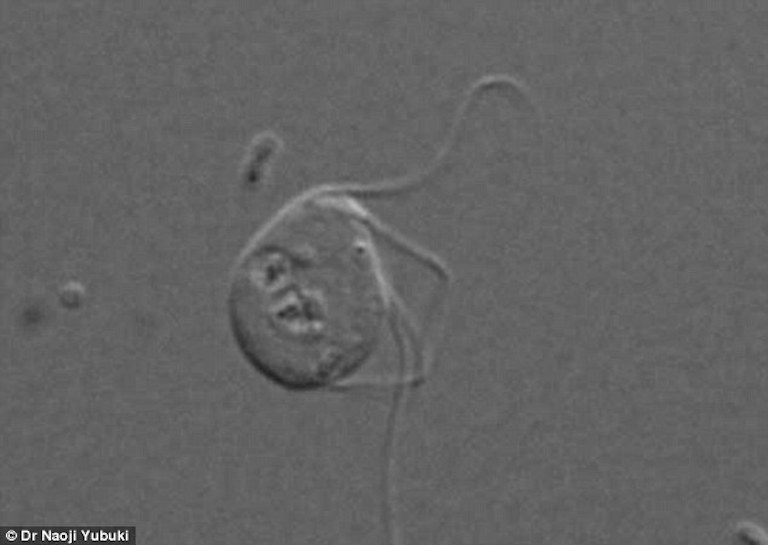 Part of why the researchers were looking for cells in the guts of animals was because of how little oxygen is present in those environments. As researchers have looked for cells without mitochondria in the past, they have found that cells present in nutrient rich, low oxygen environments contain significantly reduced to unobservable mitochondria or organelles. Without the mitochondria, it is believed that the organisms directly absorb nutrients from their surroundings and process them with enzymes, according to IFL Science.

Mitochondria aren't just good  for processing nutrients into energy, rather they supply sulfur and iron compounds to various parts of the cells. It is believed that these Monocercomonoides have bypassed the need for this mitochondrial process by using a cytosolic sulfur mobilization system. This process is described further in the image below. 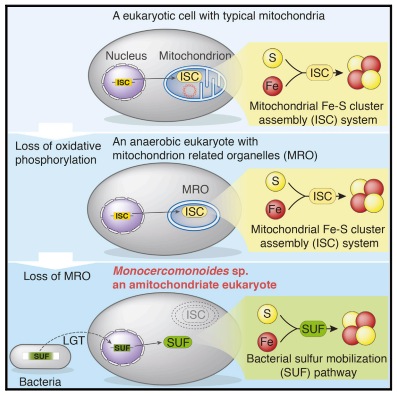 In the past, researchers have thought that they discovered a eukaryote without mitochondria but later realized that they were present, yet very small and hard to observe. As this discovery is confirmed further and independently verified, it will rewrite how we define the essential processes of a cell, and biology research may start to look a little different.