Watch out Amsterdam, Oslo may be taking over to be the cycling nirvana of the world as the Norwegian city plans to build 60km of cycling lanes by 2019. This is to prepare for the impending banning of cars within Oslo's city center in the next two years. 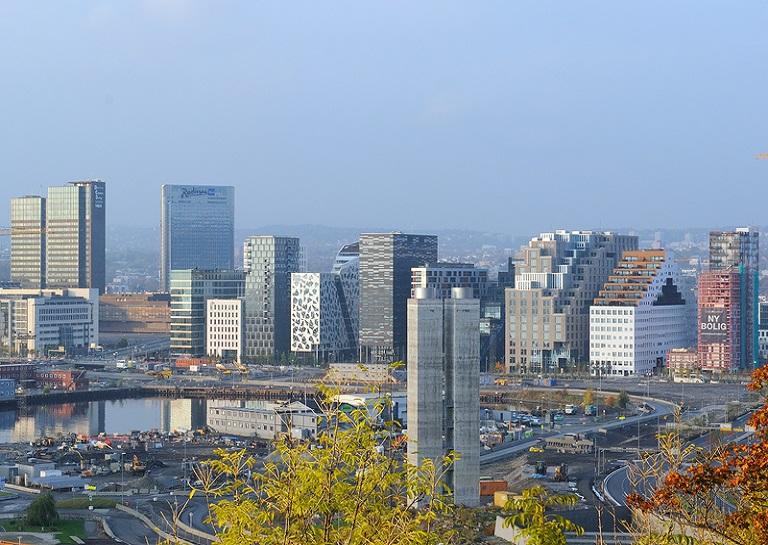 Norway's council allegiance between the Labour, Green, and Socialist Left parties has plans to add a further 60km of cycling tracks, worth almost $1 billion, over the next three years. The Norwegian authorities are also increasing investment in other transportation systems like bus and tram networks that operate within the city. Oslo is essentially gearing up for the banning of car usage within the city in 2019. Because of the city's fast growing pace, traffic congestions, dense air pollution, and cramped sidewalks could potentially ruin Oslo's reputation as having the best quality of life in Europe. Other European cities, such as Dublin, Paris, Madrid, and Milan, are also working on this kind of urban transition on a smaller-scale. The Norwegian capital's progressions are gradually being achieved and can be seen from this short documentary from STREETFILMS director Clarence Eckerson.

By the end of 2017, Oslo has vowed to fully get rid of all street parking within the city center and replacing them with pedestrian walks and cycling lanes. Arrangements for cars carrying disabled people and vehicles delivering goods to stores will be made by the Norwegian authorities.

"We want to have a car-free center", said Lan Marie Nguyen Berg, lead negotiator for the Green Party in Oslo. "We want to make it better for pedestrians and cyclists. It will be better for shops and everyone".

Oslo's city council will be conducting consultations, analyze the previous experience of other cities that have implemented temporary car bans and do trial runs to fully understand implications of this car-free transition.

Like London, Oslo is also looking to impose congestion pricing for cars which would discourage people from using their cars for their city travel.

The Scandinavian country can be considered to be one of the cleanest and most sustainable countries in the world as they strive to use renewable energies to power their homes and industries. Even the Norwegian oil and gas giant, Statoil, exports almost all of the gas they produce to Europe and chooses to use solar and wind energy to power their country. Take a look at this ingenious idea by Statoil to harness wind energy at the offshore coast of Scotland using floating wind turbines.

Furthermore, Norway also aims to eliminate petrol-powered cars by 2025, an initiative that received great admiration from Elon Musk. As Oslo continues to grow at a rate of 10,000 new residents per year, the expectation for the city to keep up its excellent quality of life reputation is steep. Knowing how the Norwegians take the environment and sustainability seriously, I expect to see more radical changes in their current way of living.