The World Robot Conference wrapped up last week, showcasing both China's dominance in the robotics field and the industry's diverse applications for bots.

From diagnosing diseases to playing badminton, robotics companies in China got the opportunity to show off how their creations could shape lives around the world. The World Robot Conference showcases the best of the international robotics scene and it just wrapped up in Beijing last week.

This year's conference attracted over 166 domestic and international companies. The World Robot Conference also brought in over 500 items displayed from those vendors, wowing thousands.

Robots at this year's WRC seemed to take a surprisingly natural turn. From flying foxes to robotic fish, nature appeared to be the driving inspiration for several robotics companies.

A girl looks at a robotic fish swim in the water at the World Robot Conference (WRC) in Beijing, China August 15, 2018 #robotics #education pic.twitter.com/ca6OH7MQX8

The robots showcased weren't just the helpful robots of the future. There were 57 robot fighting teams that took their creations head-to-head on the World Robot Conference stage.

While the robo-fights might've captured the attention of the adults, children who attended the convention were entertained by testing, building, and wiring their own robots.

"With this robot, I can fully express myself. I love the sparks," said Huang Hongsong, one of around a dozen Chinese youths whose creations went head-to-head, in an interview with the media.

Interesting Engineering's favorite Bionic Flying Fox robot from Festo even made it to the showcase:

Preparing for the Robot Revolution

While not all of the robotics companies that attended the WRC are based in China, the conference shows the country's commitment to exploring

In 2014, President XI Jinping said he wanted to see a "robot revolution." Everything at this year's conference seemed to echo that need. 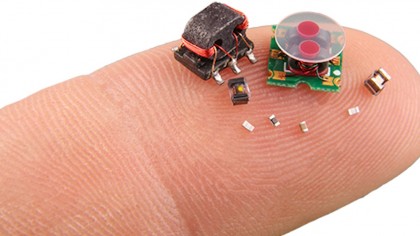 "Robots are the jewel in the crown for the manufacturing industry... a new frontier for our industrial revolution," said Xin Guobin, China's vice minister of industry, as he opened the conference.

And on an international scale, China is in the lead for producing and selling the most robots. Over 141,000 units were sold last year, meeting a third of the global demand for bots and automatons.

"We used to focus on the accuracy, reliability and speed of robots -- now it's their flexibility, intelligence and adaptability that makes the difference," he said.