More than 100,000 smart license plates are scheduled for use as soon as next year in the United States.

Some items in our material culture, like license plates, we think of as having a more or less fixed template. They are a succinct visual record of a person’s local area of residence, and possess a unique and random identifying code that can be instrumental for law enforcement agencies. Besides making certain color or letter combination customizations, there is not much else we expect from them.

Well, one company is changing the way we think of license plates and their capabilities. The Reviver license plate (rPlate) is a digital license plate. The California-based company debuted its product earlier this year at the North American International Auto Show (NAIAS) in Detroit during Automobili-D, a new event created for the sole purpose of showcasing connected car technology. Detroit is a symbolic choice for the annual event: Detroit is the city which is the birthplace of the automotive industry and where classic and iconic car designs were born, yet now it must claim a new position that focuses on being a leader in technology and innovation.

The plate has a sleek and modern look that reminds one of a tablet, and recalls updated vehicle registration information, Amber Alerts, a system used to activate urgent bulletins in the serious child-abduction cases.

• A phasing out of the impractical sticker system, due to the registration system that instantly updates.

• As plates only function on the vehicle for which they were meant to be used, there would be a significant reduction in theft and fraud.

• Plates can be customized more easily.

• A host of public service messages can be used.

• The plates would contain parking status information, with possible use of this technology with related smart parking apps—this could mean the end of the ominous and dreaded parking meters!

• A steady stream of funding support which would come from advertisers—the license plates in current use are completely State funded.

Proponents of the digital license plates argue that an update to the original automotive platform, whose use goes back as far as 1903, is long overdue. With one act of the then New York governor Benjamin Odell, Jr. to mandating that all cars have "the separate initials of the owner's name placed upon the back thereof in a conspicuous place, the letters forming such initials to be at least three inches in height," the license plate was born. 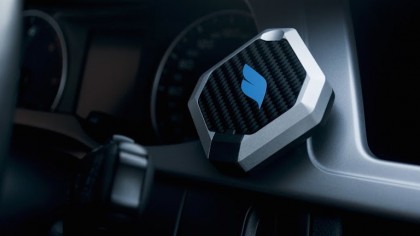 Local state DMVs will have to review the technology to better understand how it can integrate into its current operations and systems of dissemination of license plates and related information, but the technology looks promising—for now, California is the only state that has been given the official green light, and the bulk of the rPlate recipients will be commercial and fleet vehicles. The batch of plates, which number more than 100,000, are planned for use as early as 2018.

With the advent of this plate technology, it could mean the end of an iconic symbol, arguably one of the only truly remaining universal symbols everywhere, but only time will tell.

Via: Time, Road Show by CNet

What measures are SpaceX taking to keep Starlink operational over Ukraine?