The Oxford City Council has put forward a detailed proposal that outlines a plan for making large parts of the city center a Zero Emission Zone by 2030.

This month Oxford City released its Zero Emission Zone (ZEZ) Feasibility Study, where it outlines the details of a plan for achieving the ambitious goal by 2030. The city is a vital location, as its the site of the prestigious Oxford University, the oldest English-speaking university in the world. The specific aim of the proposal is to reduce nitrogen dioxide levels by 74% of a select set of streets in the city center before the 2035 target date.

"Toxic and illegal air pollution in the city centre is damaging the health of Oxford's residents," says John Tanner, one of the Oxford City Council board members. "A step change is urgently needed; the Zero Emission Zone is that step change."

The Oxford City Council expressed its overwhelming support for the measure, which it sees as a necessary step in completely transforming the air quality in the city and creating a completely new carbon footprint. In its press release, however, the main obstacle identified, albeit a relatively small one, concerns what steps need to be taken for the current bus fleet, where “[t]here is still some way to go before zero-emission technology for buses is fully developed."

So, what are the targets the city has set in the proposal?

• Starting from 2020, non-zero emission cars, taxis, buses, and light commercial vehicles will be excluded from specific streets outlined in the proposal

• Finally, starting from 2035, any noncompliant vehicles would be completely excluded from operating in these areas.

The UK published a set of reports this year aimed at cutting NO2. Citing overall air quality improvement, it reports that in the country “Since 1970 sulphur dioxide emissions have decreased by 95%, particulate matter by 6 73%, and nitrogen oxides by 69%. Total UK emissions of nitrogen oxides fell by a further 19% between 2010 and 2015.” Still, there has been strong disagreement from local government with the picture it paints of necessary air quality measures in the country. 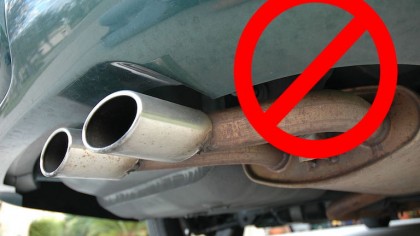 Germany Banning all Vehicle Emissions by 2030

The City Council was critical of the ‘overly optimistic’ draft proposals of the UK’s Draft Air Quality Action Plan, which “find that, without taking any further action, the city will have no problem by 2020. We [the Oxford City Council] think this is incorrect," said Local Councilor John Tanner.

As the initiative is still under review, the Council will gather opinions from the public for the next six weeks. This is proof positive that on the subject of pressing environmental issues, taking strong and decisive action is the most important factor. We can wait no longer.