According to its name, the pistol fits comfortably into the shooters hand. It is supposed to be used for home and self-defense or as a backup weapon and it shoots by pushing with the thumb rather than pulling a conventional trigger. The small pressure required to fire reduces the unintentional moving of the muzzle downward from the desired direction of shooting. With dual independently operable grip safeties, chances of accidental discharge are negligible and its ergonomic design is suited for both left and right handed users. The pistol features a loaded chamber indicator and cocked striker indicator so the user knows if the weapon is ready for use. 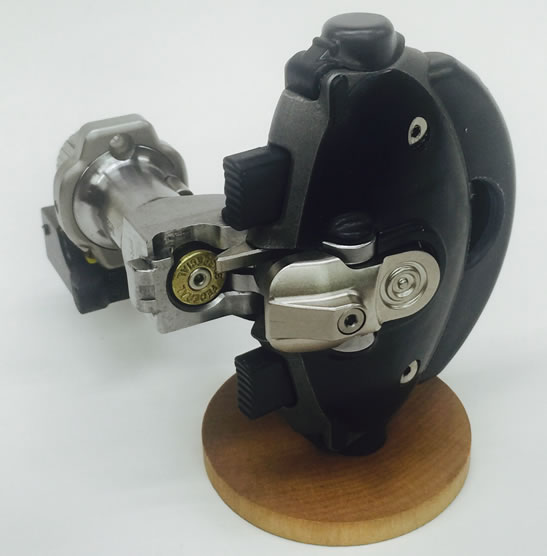 Subtracting the optional picatinny rail (a standard firearm mounting platform), which is there to support the LaserLyte V2 laser site, the .38 special caliber gun weighs only 13.4 ounces (almost 380gr). 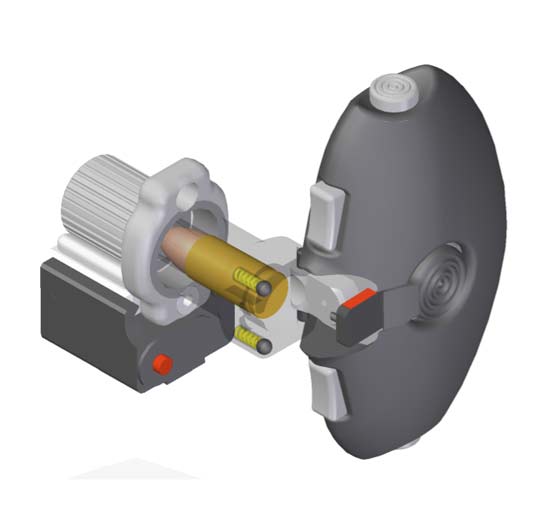 The Palm Pistol has special cartridge called Tri-Plex™ .38, which features three stacked conical projectiles that separate and tumble upon firing. This greatly increases the chances that an aggressor will be prevented from inflicting harm on their victim.

In a full of adrenaline self-defense situation, people without experience in shooting may be prone to a bad mistake. They may fail to properly draw, ready and aim their weapon, or may simply miss. Due for release this year, the Palm Pistol is designed to give non-aggressors a better chance of surviving a violent attack.