Audiophiles and DJs alike rejoiced after Panasonic’s announcement today at CES 2019. They announced that they’d start producing the Technics SL-1200 MK7 with new features designed to appeal to DJs.

To any non-audiophiles or non-DJs out there, this new announcement comes 3 years after, at CES 2016, Panasonic announced the Technics 1200 turntable was coming back to the market.

This famed line of turntables from electronics powerhouse Panasonic is considered by many to be the perfect turntable for a number of reasons. It featured a direct-drive system that allowed the turntable's platter to be connected directly to the turntables electric motor.

This configuration resulted in a lot more torque than traditional turntable designs. This control also allows for the turntable to immediately stop and reach full speed again. This may not sound like a big deal for any person that listens to music normally but to anyone that is a DJ, this capability is game-changing.

In Panasonic's Announcement this year, they made clear that they weren’t trying to reinvent their famed 1200s of past, but rather with the new MK7 they’d be making minor improvements to previous generations. 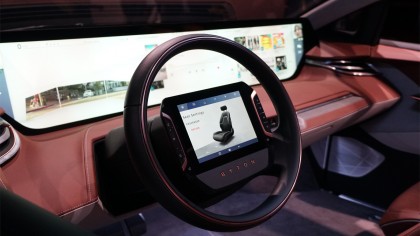 Primarily, the new MK 7 will have a new coreless direct drive motor. This allows for the mitigation of an effect called “cogging” where turntable’s motors can seem laggy at low speeds.

This isn’t an issue unique to turntable motors, but it is one that is specifically important for keeping the music flowing smoothly.

Panasonic specifically removed the MK7’s iron core and optimized the space between its magnets to make the platter spin more efficiently. All this technical jargon means that we’re left with a turntable that spins smoothly at any speed.

Other minor improvements to the devices new functionality allowing it to play in reverse, something many turntables can’t do. The MK7 also utilizes new electronics that improve its ability to “scratch vinyl.”

Finally, the MK7 will allow the user to adjust the torque of the device, allowing for each individual DJ to adjust settings to their individual liking.

There’s no word yet on when the new Technics SL-1200 MK 7 will be out or what it’s going to cost you, but it’s certainly poised to be the best in the industry once again.