The researcher found 16 small fragments of paper inside a cannon on one of Blackbeard's ships, the Queen Anne's Revenge.

The lore of pirates has percolated throughout society, making appearances in some of the world's most circulated works of fiction as well as some of the biggest films in Hollywood. If you haven't seen it, you are sure to be well aware of the Pirates of the Caribbean series. The five-movie series has made billions of dollars worldwide, teaching the uninitiated about the world of piracy. Of course, the series is romanticized and is wildly fictional, but the series fed the imaginations of those curious about pirates.

In short, a pirate was anyone who robs in the high seas. The era of piracy began in the Caribbean in the 1500s and phased out in the 1830s. One of the most famous pirates to terrorize the seas was the infamous Blackbeard. Commanding a crew of 250, at his peak, Black Beard was as big of a legend as he was in the 1700s as he is now.

Though Pirates are known for plundering, violence, and thievery, a more recent discovery on Blackbeard's ship gives insight into what pirates loved to read in their free time. Though your idea of a pirate might be that of an "uncultured swine", pirates were more literate and cultured than you think.

Edward Thatch or, Blackbeard, was a feared pirate who operated around the West Indies and the Eastern North American colonies. Though not much is known about his early life, some researchers have pointed to him being a privateer during Queen Anne's War.  Throughout his career, Blackbeard used a combination of fear and real power to commandeer over 60 ships in a two year period, before meeting his end in North Carolina’s Outer Banks.

In 1996, Blackbeard's most famous ship the Queen Anne's Revenge was discovered off the South East Coast of the United States. Surrounded by controversy, the excavation of ship shed light on not just Blackbeard but the mysterious personal lives of pirates.

Excavation work recently completed by the conservationist from North Carolina’s Department of Natural and Cultural Resources highlights that pirates loved to read voyage narratives in their free time. Voyage narratives were a very popular type of literature during the early 18th century that told the expeditions of other maritime sailors.

The researcher found 16 small fragments of paper inside a cannon on one of Blackbeard's ships, the Queen Anne's Revenge. Being extremely rare to find such an artifact, the researchers worked with a division of Archives and Records, along with the Winterthur/University of Delaware Program in Art Conservation, and the Queen Anne’s Revenge Conservation Lab to preserved the paper. As they worked on their preservation, they discovered the text on the paper. 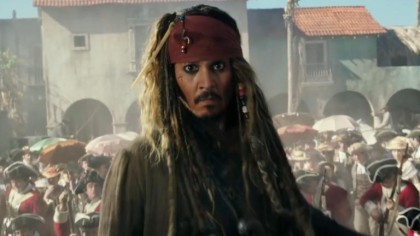 The discovery of the book gives more insight into Blackbeard's crew, Blackbeard himself, and other pirates. It makes sense that pirates would read these voyage narratives to pass the time when sailing. This might change the traditional idea of a pirate a little bit.