Paralyzed people may walk thanks to e-Dura spinal implant

It has been three years since we heard about scientists at the Swiss Federal Institute of Technology having success at getting rats with severed spinal cords walking again. They managed to do this as they suspended the rats in a harness and used implants which stimulated the neurons electrically in the lower portion of the spinal cord. While it allowed the rats to run when they had been previously paralyzed, the tech used wasn't suitable for humans or long term use. However, the scientists didn't give up and now after continued research, things may have changed thanks to e-Dura. 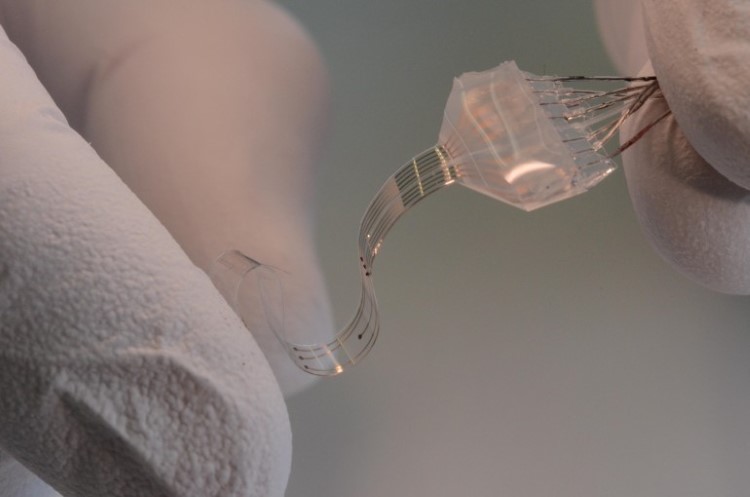 During the first study with the paralyzed rats scientists had injected chemicals to replace the neurotransmitters that couldn’t reach the rats hind legs. They then stimulated them electronically just under the location where the spinal cord had been severed. They did this thanks to electrodes that had been implanted into the outermost layer of the rats spinal canal.

By doing this they made the rats hind legs move. At first this was involuntary but then following training the rats were able to activate the electronic impulses with their brains and this meant that they could walk and run by themselves. Of course, they still had to be supported by the harness. The rats even went as far as making new neuronal connections between their lower spine and their brain, which circumvented the spinal cords break. 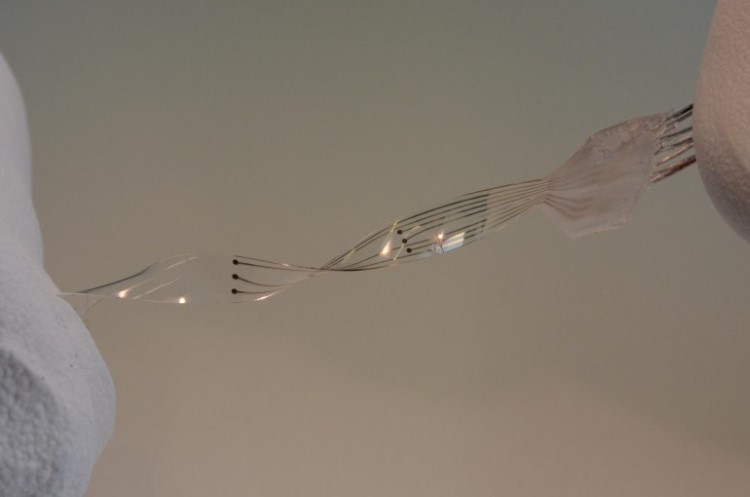 However, while the scientists hoped that they would eventually be able to use the technology in humans they did come across a big stumbling block. This was by way of the implants used as they were not as flexible or as soft as the tissue that surrounded them. This naturally led to irritation over time, inflammation, scar tissue build up and then finally rejection.

Now, the scientists have come up with a different implant that addresses all the above issues and the tech has been called e-Dura. This tech has been designed to be implanted on the cortex that lies beneath the dura mater, which protects the nervous system. The implant is made of a silicone material that stretches and it has been covered in cracked gold conducting tracks which go into electrodes that are made from silicon/platinum micro beads. It delivers a current and detects electronic impulses in the brain, which are needed to move the legs. There is also a channel in the material that can deliver the chemicals that previously had to be injected by hand. These all deform and stretch with the dura master and this has done away with the rubbing.

The scientists used the e-Dura on the rats and after two months there haven't been any issues. In the same amount of time the older technology would have caused significant nerve tissue damage. The next step will be human trials and development of the e-Dura for commercialization.