Even if it is a dream city, Paris has a serious “wild pissing” issue, or as they call it in French, "les pipis sauvages”. To keep their city clean in a sustainable way, French company Faltazi designed eco-friendly street urinals, Uritrottoir. Combined with flower pots, the device stores the urine in a block of wood chips, straw or sawdust, which later gets taken away and turned into compost. The company says;

"Everywhere, where communities have to manage the nuisances associated with the influx of people: downtown, restaurants, events and facilities receiving the public... Uritrottoir offers an ecological, economical and efficient solution for small commissions. Maintained by the technical services or a delegated company, the Uritrottoir stores urine, in a bed of dry matter, which will later be composted on a dedicated platform. For a better integration with the landscape, the Uritrottoir is equipped with a flower planter that will embellish your public spaces. He settles on the premises at risk of urinary effusion, out of sight." 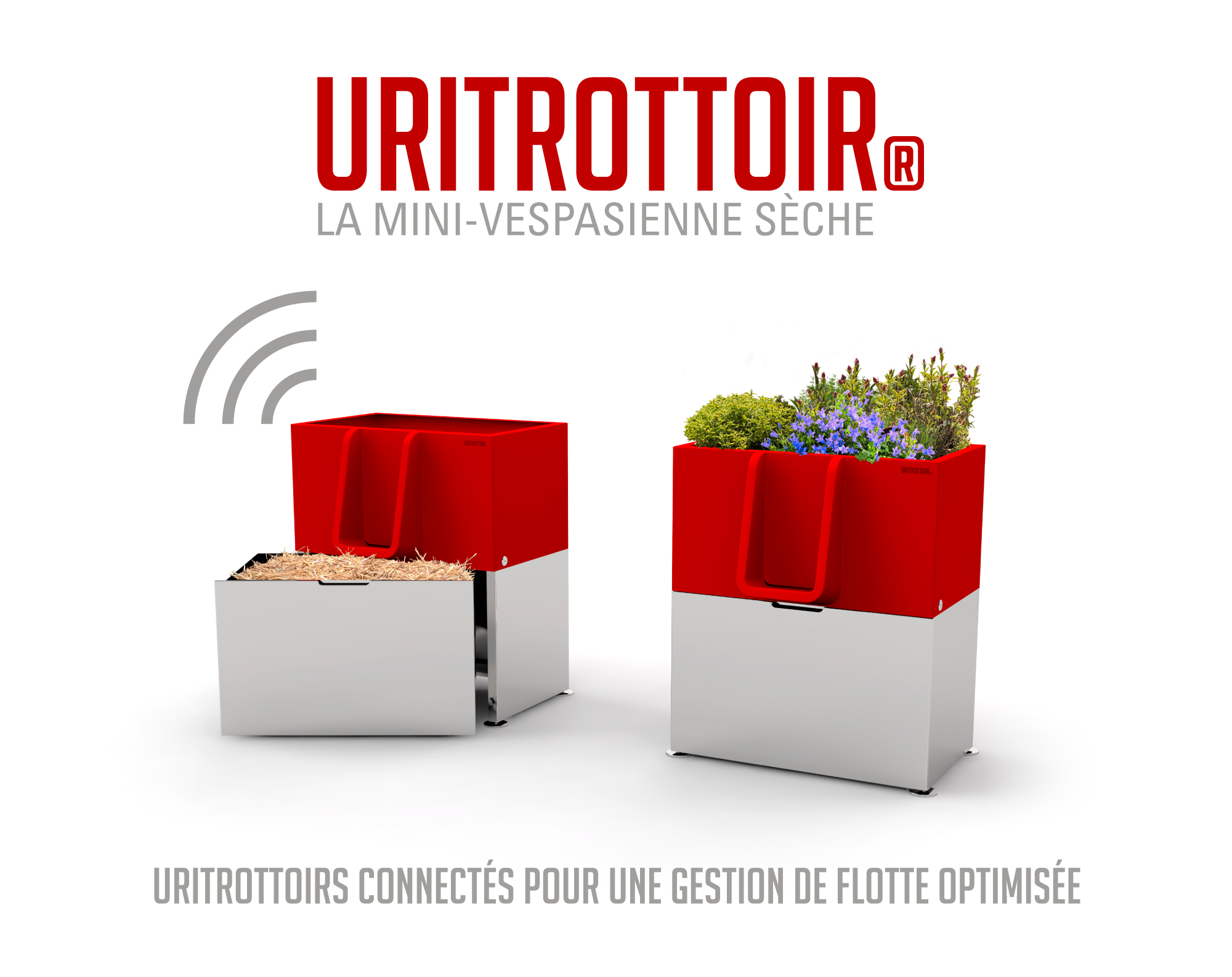 Uritrottoir is already installed on one of the wet spots of the city, the Gare de Lyon train yard, by SNCF public railways. Uritrottoir is made of a sturdy material that is coated with anti-graffiti paint and it has a mini-parterre on top.

The flowers sit in a pot that contains dry straw collected and transformed into compost to be used in gardens and parks. Furthermore, the organic compost includes a high carbon content, dramatically reducing the smell. According to one of the two designers Laurent Lebot; 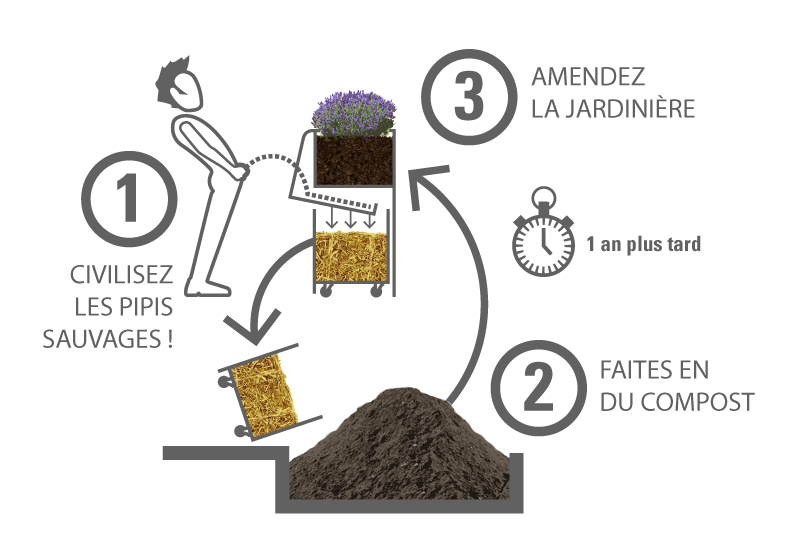 Uritrottoir comes in two sizes, one that absorbs the urine of about 600 users and another smaller one which can hold half the amount. Both urinals are integrated with an electronic monitoring system that sends a signal when the soaked straw is full. In addition to the oblong ones, there is also a corner-shaped version of urinals available for hidden spots. 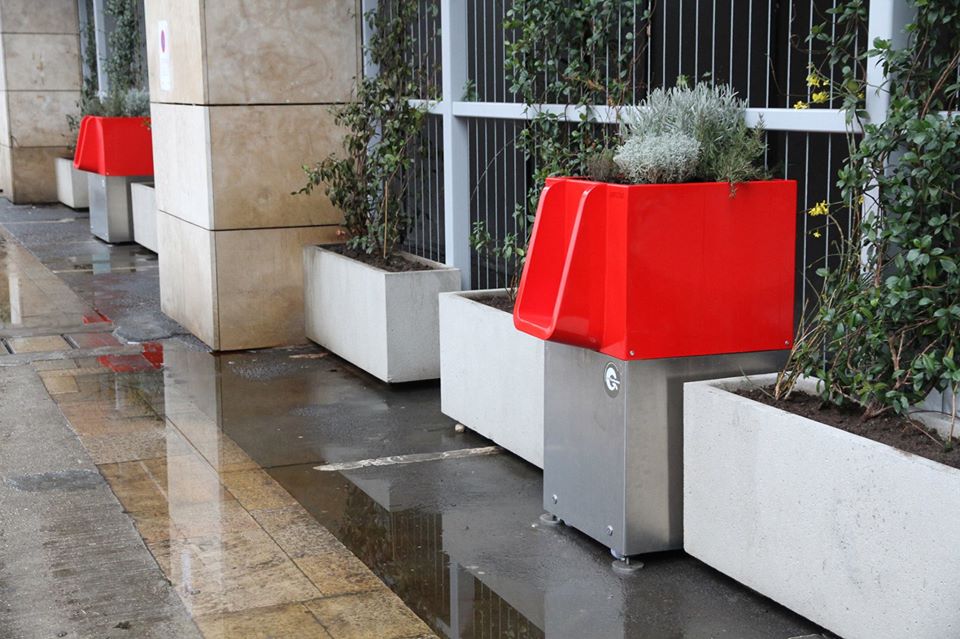 It's still an open question whether the €3,000 priced urinals can completely solve the public urination problem in Paris. But the designer Victor Massip believes, “The daily basis of the industry is not green at all and, in the short term, the government must play its role of key influencer, by genuinely becoming critics of all that is technical, this is, then, all part of the thinking designer’s role."

As well as Faltazi, many other designers are working to solve the problem of public urination. For instance, Netherland-based company Urilift International BV has introduced elevator-like urinals that rise from underground with a hydraulic lift.