Parrot's new Hydrofoil drone takes to water like a duck

One company that is well-known for its drones is Parrot and now they have designed one that takes to water like a duck. The French company has designed numerous drones that do acrobatics, roll, jump and fly but now they have set their sights on one that goes on water. They are launching the Minidrone Hydrofoil next month. 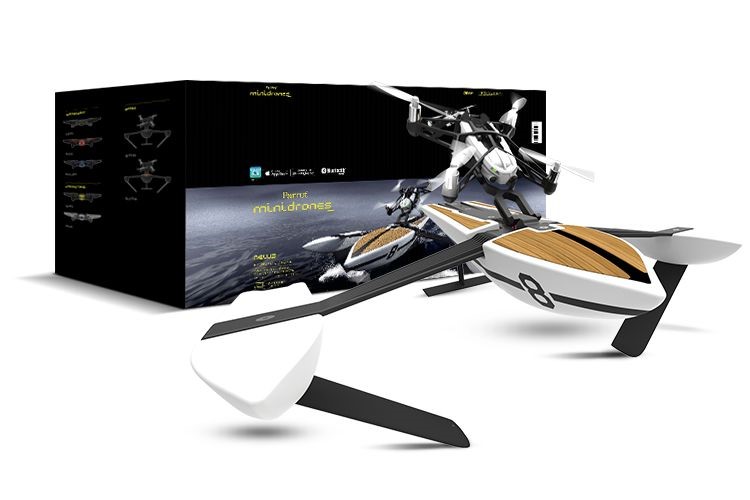 The Minidrone Hydrofoil will feature two separate components, the unpowered hydrofoil body and the Parrot aerial Minidrone, this can be attached to the deck via a hinged mount. Once the craft is powered up it doesn’t go up into the air straight away. Instead it pivots and then sits perpendicular to the watercraft, which means that it is transformed into a miniature fan boat. 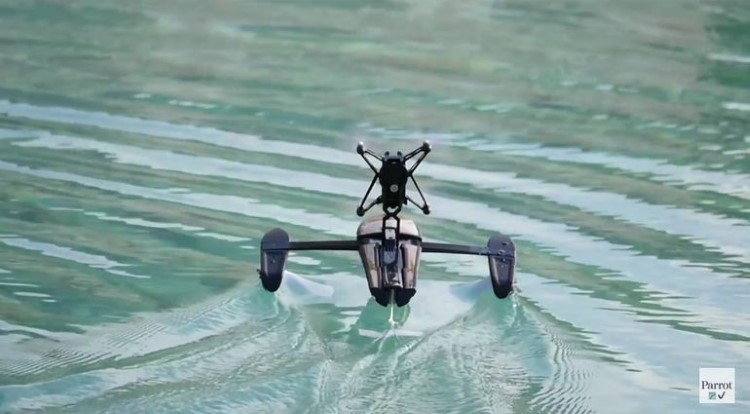 As soon as the boat has gained speed the hull comes up out of the water and this has the support of the three foils. Having a configuration that is hydrodynamic it is able to reach a top speed of around 5.4 knots and take sharp turns without the craft tipping over. It can be controlled through Bluetooth via an Android and iOS app and it comes with a range of 20 meters. 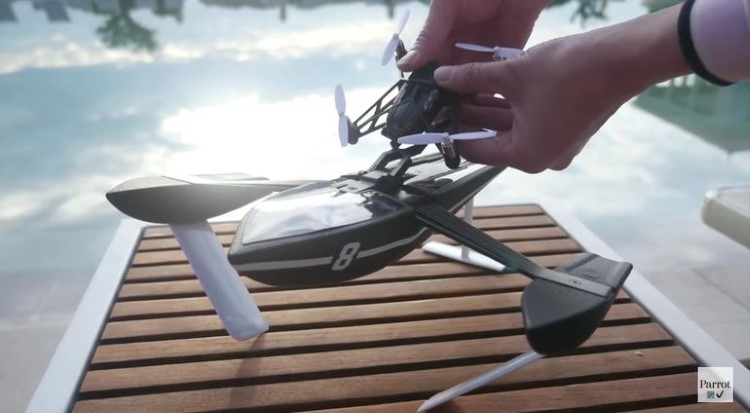 The Minidrone Hydrofoil is powered by a 550mAh lithium polymer battery and the designers say that this provides around 7 minutes of use for each charge. The Minidrone can be removed and this can then be flown as you would normally fly a drone and it can record 640 x 480 video in VGA quality.

You can get your hands on the Parrot Minidrone Hydrofoil this month and the price tag is US$179 and it’s offered in two different designs.