The vehicle demonstrates a magnificent mashup of a personal helicopter and a quadcopter with integrated high-tech components that keep the 'pilot' in the air and safe. Despite the magnificent feat of engineering, the craft may fail to conform to the American model of aviation, running the risk of being shut down because of the strict Federal Aviation Administration guidelines.

However, despite not currently meeting all the legal requirements, the company is actively working with government bodies to legalize the craft. It has recently been approved for flight testing.

“The State of Nevada, through NIAS, will help guide Ehang through the Federal Aviation Authority regulatory process with the ultimate goal of achieving safe flight,”

Tom Wilczek, a GOED aerospace and defense specialist, told The Guardian. Although the definition of a drone depicts an autonomous/radio controlled "unmanned aerial vehicle" or a UAV, the Ehang 184 retains part of the definition with its fully autonomous guidance system, making it more of an auto-guided electric helicopter than a 'drone'.

All that aside, let's take a moment to fantasize about every engineer's dream to take flight with this amazing piece of technology.

Most notably, the 'drone' will be autonomous, powered by a computer guided AI system. Sadly the only input the 'pilot' can assert is setting the landing and take-off destinations and demand emergency landings where the craft will utilize some nifty AI algorithms to bring the drone down safely.  The Ehang 184 is constructed as a high performance and safe vehicle made out of composite material including aircraft grade aluminum alloy, carbon fiber, and military strength plastics. They claim the very same materials are used in spacecraft.

The craft makes use of 8 motors, wirelessly controlled by a 4g network, with each motor having a unique encryption key. The Ehang 184 has a total flight time of about 23 minutes, cruising at a speedy average of 100 KM/Hr (60 miles/hour). Although current models do not have a long flight duration, in that time they can reach an impressive 500 meters in altitude while taking 2-3 hours to reach full charge. 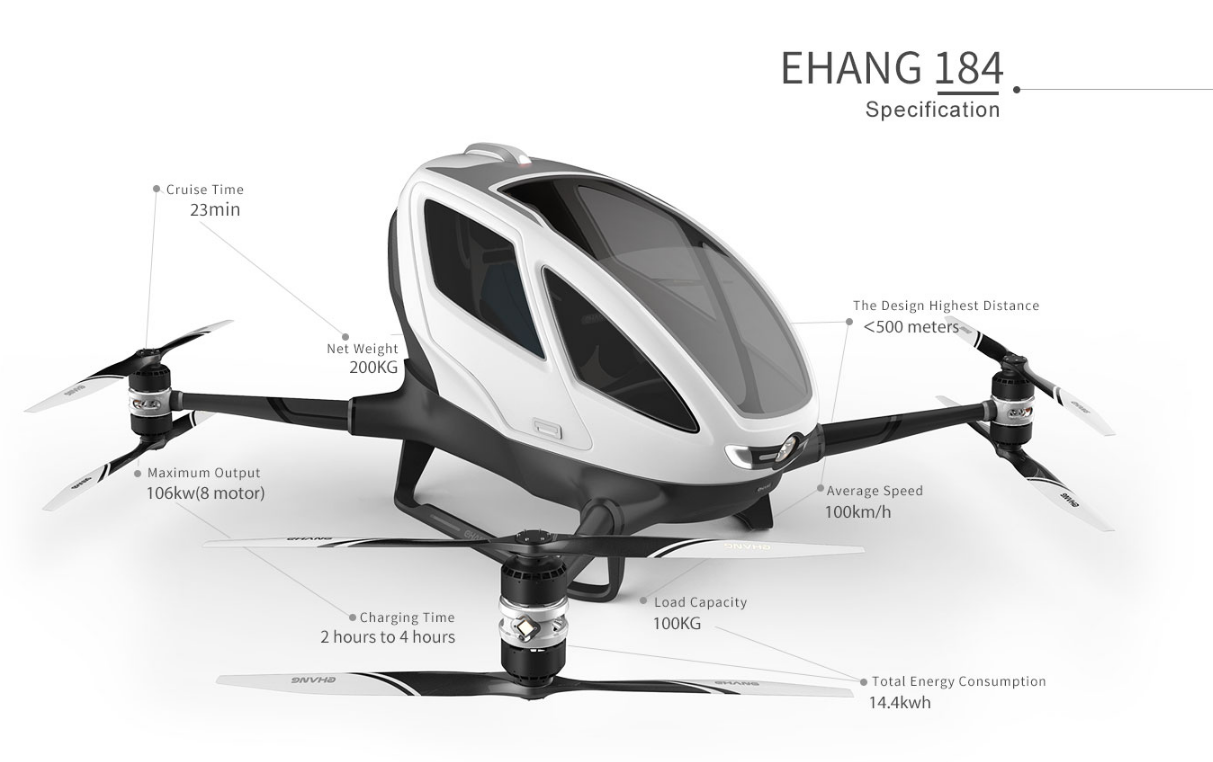 The creators of the Ehang 184 wish to see their green technology take over the sky, replacing taxis and other public transport with their flying machine. However, at this point, the crafts can only accommodate one passenger. The ambitious plan still has many hurdles to overcome, one of the largest being to convince consumers that the $200,000 to $300,000 investment will be worth it. Of course, without any safety guards around the blades, the drones will come under strict regulations as to how close they can fly to humans, further restricting their use in urban areas.  Since landing may also be of slight important seeing as customers generally will want to fly the drone more than once, the landing systems must still go through rigorous testing to ensure the safety of the system.

Naturally, safety is a major concern, one that was thoroughly addressed during the engineering phase of the craft. The developers claim that should any component fail, including two of the eight engines, it will detect the problem and quickly find a suitable landing zone to bring the craft down. Despite undetermined potential regulation restrictions, the Ehang 184 still promises a comfortable cabin environment, stable flight experience with an excellent dynamic balance and wind resistance assures a smooth and steady flight- even in windy condition. Although it may not pass American aviation laws at the moment, the craft will likely end up on many birthday wishlists. 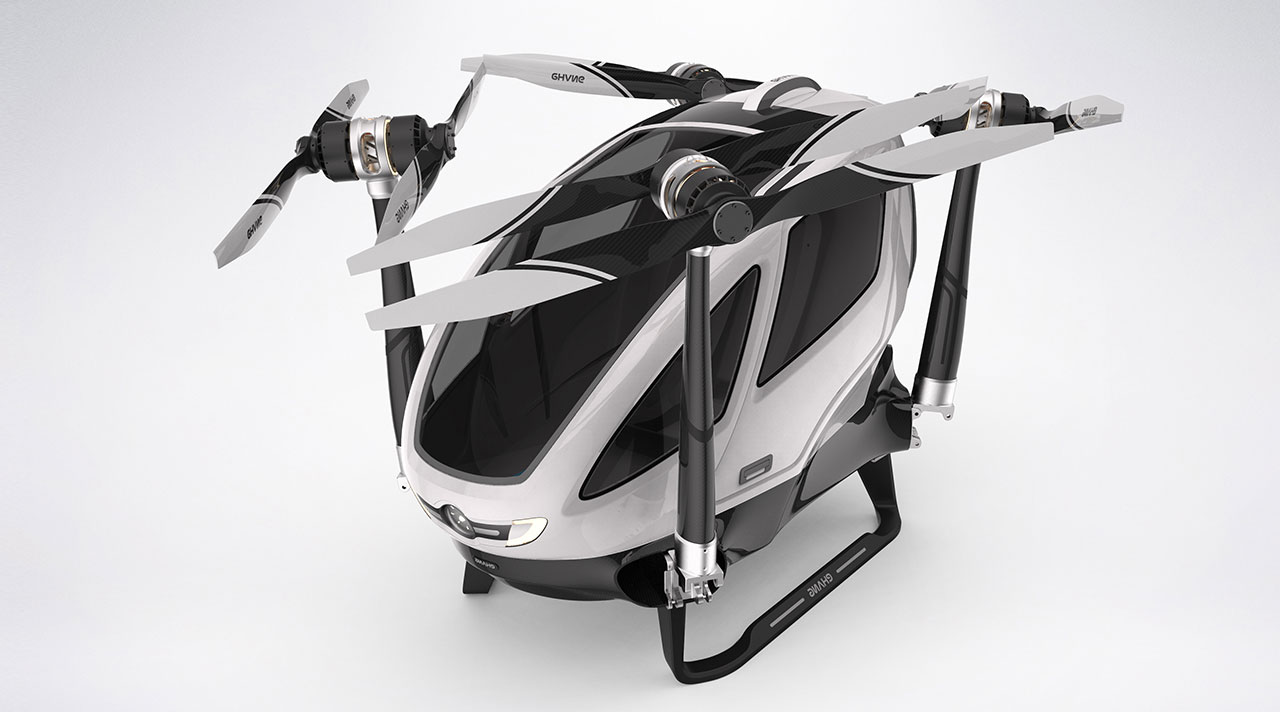 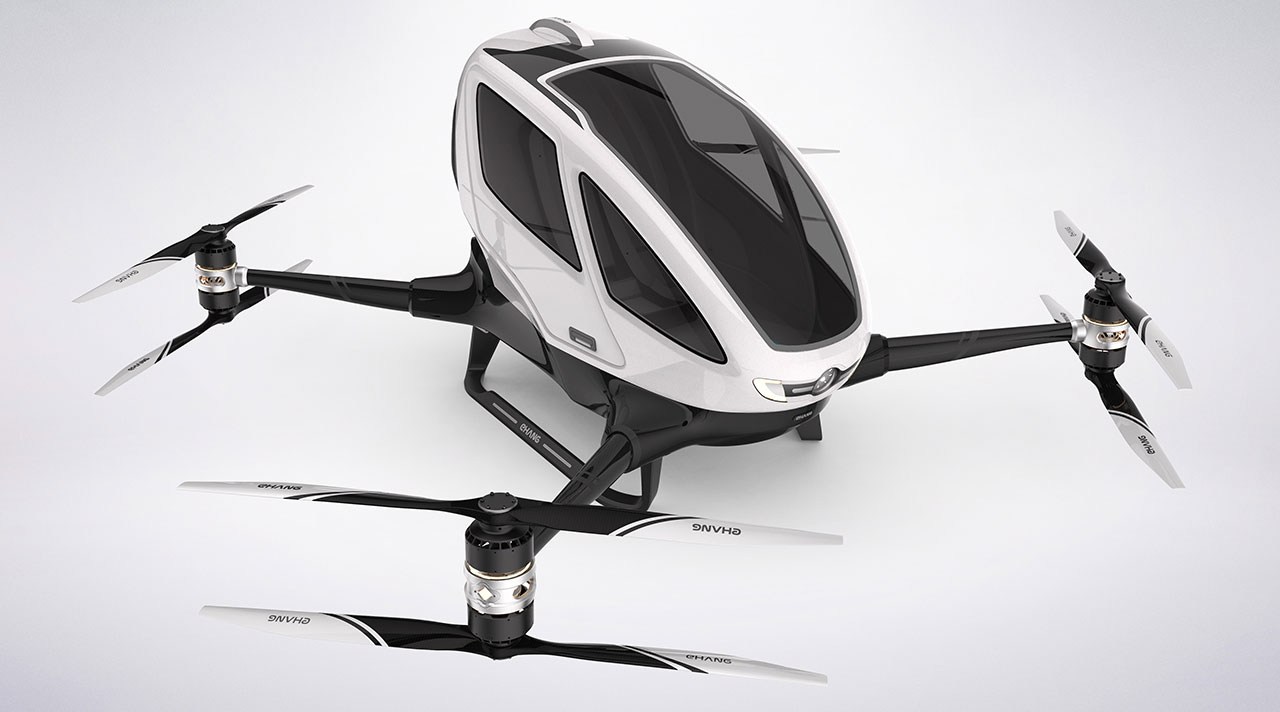