These Dutch Passenger Trains are Now Run with Wind Power

New year, new power source. As of Jan. 1, 2017, all Dutch trains get 100 percent of their power via wind energy. According to national railway company NS, the decision comes from a 10-year energy deal. Initially, NS and electric company Eneco set a date of 2018.

"So we in fact reached our goal a year earlier than planned," NS spokesman Ton Boon said.

“What makes this contract and partnership unique is that a whole sector decreases its CO2 footprint enormously and sets an example for other sectors to follow,” he said.

NS said that one windmill for an hour can power a train for 120 miles.

The Dutch are far from the only peoples looking to boost renewable energy production, especially wind. The US made considerable strides in wind power in recent years. The American Wind Energy Association notes more than 48,800 turbines operate in the US. They put out nearly 74,000 MW in 2015. 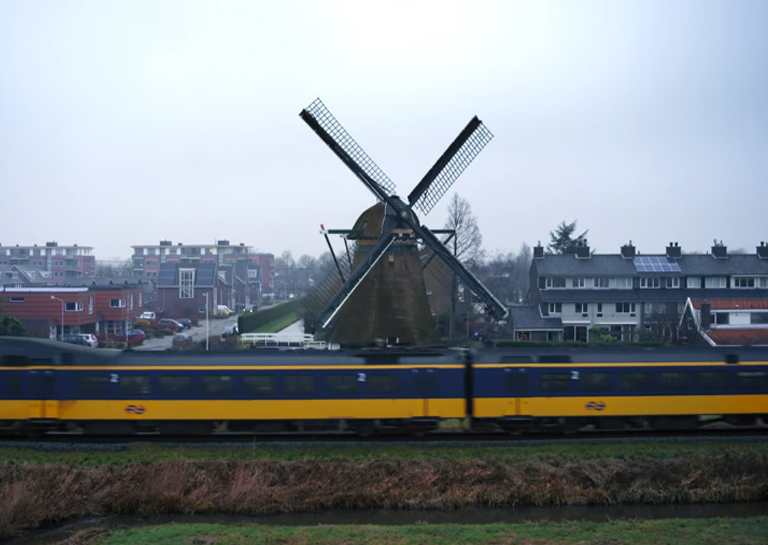 But for the NS and Eneco, the progress doesn't stop here. The partnership wants to reduce energy use per passenger another 35 percent by 2020 when compared with figures from 2005. Also, the total megawatt output from the 2,200 turbines (3,379 MW) doesn't meet the Netherland's energy agreement with the rest of the EU.

However, that target was set for 2023, so the Netherlands has time to boost wind power and sustainable energy methods even more. Most energy officials estimate that the Netherlands will meet the 2013 agreement and predict that 16 percent of Dutch energy will come from sustainable resources.

These 10 Abandoned Structures Are a Window into a Forgotten Past

3+ Different Types of Power Plants that Generate Electricity for Us

A Brand New 3.0 Version of the Global Wind Atlas Has Just Been Released