New research has revealed why it has been so challenging to increase the number of people who get vaccinated.

A study from Dartmouth College has identified that past issues with vaccinations can create a phenomenon known as hysteresis, which causes a negative history around the idea of vaccinations and thus increases public resistance again them.

Despite the scientific evidence showing that vaccinations are safe and beneficial it is still difficult to increase the number of families actually choosing to get them done.

Hysteresis causes the impact of a force to be felt even after the force itself has been removed. Other examples of hysteresis loops include when unemployment rates remain high in a recovering economy.

Public perception has a heavy impact

According to researchers from Dartmouth, It's also the reason why the public is resistant to vaccination campaigns.

"Given all the benefits of vaccination, it's been a struggle to understand why vaccination rates can remain stubbornly low," said Feng Fu, an assistant professor of mathematics at Dartmouth College.

"History matters, and we now know that hysteresis is part of the answer. Once people question the safety or effectiveness of a vaccine, it can be very difficult to get them to move beyond those negative associations. Hysteresis is a powerful force that is difficult to break at a societal level," continued Fu, who led the research team.

Low vaccination rates are public health issue This mentality can lead to the spread of infectious diseases and in some developed countries.

Resistance to vaccination has even caused the return of diseases like measles, mumps, and pertussis because of insufficient vaccination coverage.

Previous studies into trying to understand why there has been an increase in the resistance to vaccination looked at behavioral science and epidemiology but no conclusive results had been found.

The new research from Dartmouth looks specifically to past issues with vaccinations in an attempt to understand current and future behaviours.

The past predicts the future

"This study shows why it is so hard to reverse low or declining vaccine levels," said Xingru Chen, a graduate student at Dartmouth and the first author of the research paper. 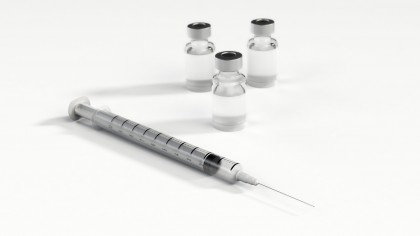 This Vaccine Could Prevent Your Tooth From Decaying

"The sheer force of factual, logical arguments around public health issues is just not enough to overcome hysteresis and human behavior."

Negative experiences or ideas about vaccinations affect the uptake of vaccinations overtime. This means that the hysteresis loop can continue to negatively impact vaccination even after the information about the vaccination has become clear.

"When it comes to vaccination levels, the past predicts the future. Unfortunately, this means that a lot of people are going to needlessly suffer unless we find a way to break the negative impact of the hysteresis loop," said Fu.

By identifying the hysteresis loop in relation to vaccination the research team hopes to be able to work with public health officials on the design and dissemination of vaccination campaigns.

They suggest the campaigns should promote vaccination as an altruistic behavior that is desired by moral and social norms as a way to break out of existing hysteresis loops.