Popular fitness trackers using GPS systems are no longer options for deployed US military personnel. The decision comes as a result of concerns that fitness trackers can be used to pinpoint and compromise their users' locations.

"The rapidly evolving market of devices, applications, and services with geolocation capabilities presents significant risk to Department of Defense (DoD) personnel both on and off duty, and to our military operations globally," the memo continued.

It's important to note that devices themselves are not specifically banned under the order. However, the memo and ban give military leadership and commanding officers the freedom to decide whether local staff can use the GPS (and that technology) while on the field. These devices include smart watches, tablets, standard cellphones, and common fitness trackers like Fitbits. 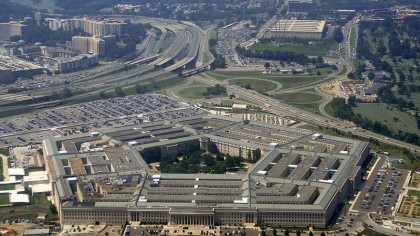 The policy also leaves it openn for military personnel to undergo training on how to use the devices without compromising their location via GPS. More than likely, this would mean training on ensuring GPS and other data sharing services are turned off on each device.

Nathan Ruser, a student at the Australian National University, made a discovery that the fitness app Strava revealed sensitive information about the location of major military bases. The app made this information public for over two years.

Strava released their global heatmap. 13 trillion GPS points from their users (turning off data sharing is an option). https://t.co/hA6jcxfBQI … It looks very pretty, but not amazing for Op-Sec. US Bases are clearly identifiable and mappable pic.twitter.com/rBgGnOzasq

More specifically, Ruser pointed out that the app had been displaying the movements of users in U.S. bases within Afghanistan and Syria, as well as a French military base in Niger.

Other data researchers claimed they could pinpoint data down to an individual soldier and track those movements.

These claims aren't restricted to fitness apps, however. Dating apps and shopping sites also frequently use GPS tracking and location pinpointing to tell people where they are in relation to a store or another app user. For now, the U.S. military's memo will help military personnel understand the security risk involved with those apps.

Via: NPR, US Dept. of Defense

Congress Is Secretly Plotting to Build a New UFO Office