A missile destruction test was carried out this week in a show of apparent strength for the US ballistic missile defense program. A single blank missile was shot out of the sky over the Pacific Ocean by an interceptor missile launched from Vandenberg Air Force Base in California. The dummy missile was launched from the Kwajalein Atoll in the Marshall Islands.

The drama of the successful missile destruction test was captured in a video released by the Pentagon.

The already controversial program came under more scrutiny following the release of the footage with some suggesting the missile may have had a homing device attached. Military spokespeople have denied those rumors stating the tests were a huge success and vital to the nation's defense capability.

Increased hostility between the US and North Korea has prompted both sides to flex their military muscle. North Korea reportedly launched its ninth missile test of the year last month. The test which resulted in an official complaint from Japan after the missile possibly landed in Japanese waters. Reports from South Korea indicate the missile was likely to be a Soviet Union designed short-range Scud missile. 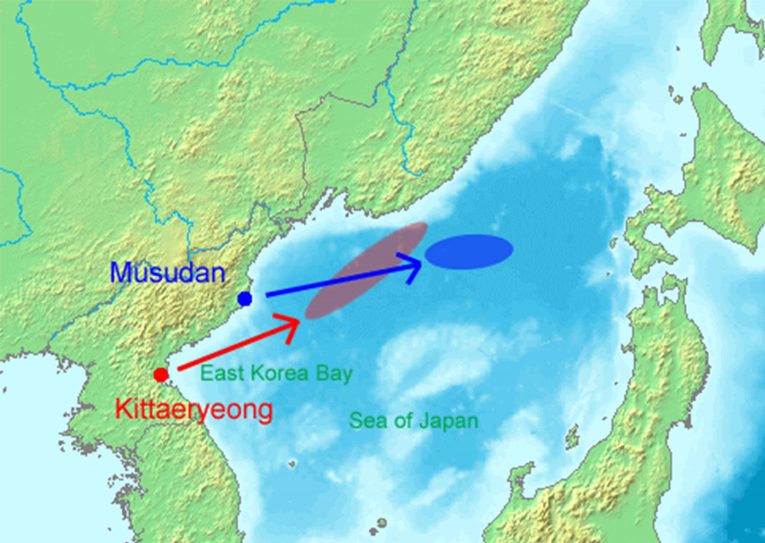 The testing of these short-range missiles is expected to be part of a more ambitious plan to develop an intercontinental ballistic missile (ICBM) with the potential of reaching the mainland of the United States. President Trump dismissed the Korean missile launches as ‘disrespectful to China’.  Though reports from anonymous US sources suggest another aircraft carrier strike force has been deployed to the region in an attempt to show a face of strength against the Koreans.

It isn’t just the North Americans feeling nervous about the gun happy Korean president Kim Jong-un. South Korean President Moon Jae was elected to power on the promise of renewing the Terminal High Altitude Area Defense (THAAD) anti-missile system. The system is designed to be a show of strength against the escalating North Korean missile stockpiling. China opposes the system by questioning its success and suggests it is just as likely to upset the delicate Koreans and in turn further destabilize peace in the region.

Earlier this week the United Nations Security Council drafted a  proposal to blacklist Korean individuals and companies in response to the country's ongoing missile testing and nuclear weapon development. The resolution includes blacklisting the Koryo Bank and Strategic Rocket Force of the Korean People's Army. The draft proposal which will be voted on today may also include up to fourteen individuals who are associated with the North Korean spy agency. The proposal if agreed to by the council would mean the named parties would have their international assets frozen and they would be subject to a travel ban. The five permanent members of the security council are China, France, Russia, the United Kingdom, and the United States.