People Are Mortgaging Their Homes to Get in on Bitcoin Action

In an interview with CNBC, securities regulator Joseph Borg said some amateur investors are mortgaging their houses to buy bitcoin.

As bitcoin becomes a fixture in the public arena, with attention-grabbing headlines of its rise from $1000 to over $19000 in a single year, amateur investors are desperate for a piece of the action.

So much so, they are willing to rack up huge credit debts, and in some instance even mortgage their houses according to Securities regulator Joseph Borg who is worried about the bitcoin craze. "We've seen mortgages being taken out to buy bitcoin. … People do credit cards, equity lines," he said. "This is not something a guy who's making $100,000 a year, who's got a mortgage and two kids in college ought to be invested in. You're on this mania curve. At some point in time there's got to be a leveling off," he said in an interview with Power Lunch.

Bitcoin took a step towards wider acceptability after its debut on Cboe Global Markets Inc.’s exchange last weekend. But Borg doesn’t see it that way. The Director of the Alabama Securities Commission is worried about bitcoin's lack of regulation and observes that regulators are finding it difficult to keep up with the innovation pace of cryptocurrencies. "As [technology] continues to accelerate and continues to increase, regulators have got to understand what it is that the innovation's coming up with and we're still trying to get educated," he said.

Millionaire warns investors away from bitcoin

News media is inundated with stories of bitcoin billionaires and overnight financial independence but it isn’t just financial experts warning against investing in bitcoin. Bitcoin millionaire Grant Sabatier has also written on his blog why he thinks buying the cryptocurrency is a bad idea. Sabatier reportedly bought into the currency when bitcoin was trading at $200 USD per token. His bitcoin wallet is currently valued at approximately $1,148,720. So while Sabatier admits, it was the easiest money he ever made. He warns young investors in following his footsteps. 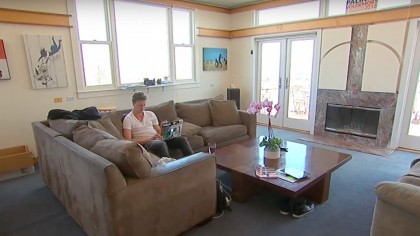 In his blog Millenial Money the entrepreneur explains why this isn’t the time to be buying up big in bitcoin. He points to the currencies wildly fluctuating price as the first reason not to buy in. He explains anything that unstable is generally a poor choice. Sabatier also holds concerns for the security of bitcoin. Earlier this week more than $60 million USD in bitcoin was stolen from bitcoin mining marketplace NiceHash by hackers. His final piece of advice to would-be bitcoin investors:  “If you do decide to buy bitcoin, I encourage you to buy responsibly. Don't buy using more than 1 percent of your net-worth, and be honest with yourself: Bitcoin is a gamble, not an investment.”

The advice is backed by many financial experts who highly discourage amateur investors from making a financial commitment to bitcoin. Legendary investor Warren Buffet has kept pretty quiet about bitcoin's recent rise and rise but in 2014 was quoted as saying "Stay away from it," adding: "The idea that it [bitcoin] has some huge intrinsic value is just a joke in my view."