Peugeot Will Produce Electric Cars by 2030

French automaker Peugeot will offer electric versions of its famous cars by 2025 as autonomous offerings by 2030.

One of the world's most popular European luxury car makers is finally making the switch to electric. Peugeot announced earlier this week that it would offer all models with an electric option by 2025. The company also said self-driving tech would be in most of its cars by 2030.

Peugeot SA Chief Executive Carlos Tavares said that these decisions are going to help the French automaker reinvent itself for the U.S. market. The company left the U.S. market over 20 years ago. Tavares served as a Renault-Nissan executive before taking over Peugeot in 2014. Since that time, he's been working on ways to reintroduce the brand.

“By 2025, PSA will be 100 per cent electrified and will offer 40 electrified vehicles,” said Tavares, speaking at a dinner in Detroit. However, this doesn't mean that the company would only offer hybrid or electric cars, and he quickly clarified his statement.

Peugeot also acquired additional technology last year that could help with the reintroduction of the brand. Tavares acquired GM's European Opel Operation after GM felt like it was losing money on the project. Tavares hoped that the new merger between both companies and their technologies can quickly bring Peugeot up to speed with other electric vehicle makers.

And as for the autonomous driving bit? Tavares said that by 2030, 80 percent of Peugeot's vehicles would be self-driving under limited conditions. Only 10 percent would be fully autonomous. 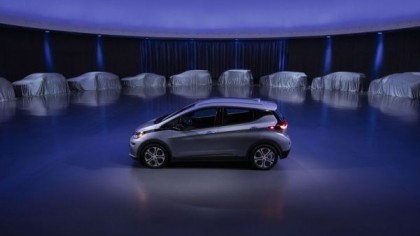 "Mobility ... is at the heart of our strategic plan," Tavares said.

In the speech from Detroit, Tavares said once the company is reintroduced to the American public (and reimagined for the rest of the world as well), Peugeot would start offering ride services. The final step in the process would be to sell Peugeot cars that were designed by the Opel engineering team who once worked for GM. And according to Tavares, those men are already bringing their ideas to life in mockups.

The Peugeot name is well known and well respected on the international racing circuits. The company recently debuted the "brand new racing lion" in the 308TCR with 350 horsepower.

The brand new racing lion @Peugeot #308TCR and its 350hp are now available for every fans and pilots! The 2018 season in #WTCR #VLN and @24HSeries is going to be amazing! @peugeotsport pic.twitter.com/JssEccDIsg

Tavares noted that the Open engineers can safely "ensure the future products for this market will be fully U.S. compliant" in both meeting regulations and also appealing to the broad spectrum of tastes found in the country's consumer base.

Peugeot joins a number of other international automakers looking to make the entirely electric switch. In July of last year, Chinese-owned Swedish automaker Volvo announced they would in fact only offer hybrid or electric cars starting in 2019.

“This means that there will in future be no Volvo cars without an electric motor, as pure ICE cars are gradually phased out and replaced by ICE cars that are enhanced with electrified options,” the company’s statement said.