Seems like the French automobile company failed to keep quiet until the Paris Motor Show that will commence on 4th October and unveiled its brand-new electric coupé on 21 September. The freshly launched Peugeot e-Legend is an all-electric concept automobile inspired from the classic Peugeot 504.

The fantastic features of Peugeot e-Legend

If the above stats of this alluring and gorgeous muscle automobile doesn't impress you, let us dive into the other details that are sure to leave you spellbound.

Let's get started with the most quirky capability of the car and that is its autonomous driving. According to the company, the car is capable of autonomous driving although complete automation isn't incorporated into the system.

The SOFT mode focuses mainly on the ease and tranquility of the user by reducing the digital displays to a minimum possible point, whereas, the SHARP mode allows the driver and the passengers to engage in the social and digital activities at the maximum level.

The two manual modes, namely LEGEND and BOOST modes allow you to explore the speed and agility of this wonder. The BOOST mode will let you indulge in exploring the speed due to the presence of a powerful electric powertrain.

The LEGEND mode, as the name suggests, is the overpowering mode that creates a dashboard reflective of the 504 three dialed coupé and also ushers a digitally recreated wooden effect on various display screens.

The interior seating configuration of the coupé version boasts automatic adjustments according to the driving mode chosen. The addition of the traditional velvet in the seats of this new sensation also adds up to the charm.

The energetic four-wheel drive system also has the capability to accelerate from 0 to 100 km/h (0-62 mph) in less than 4 seconds. 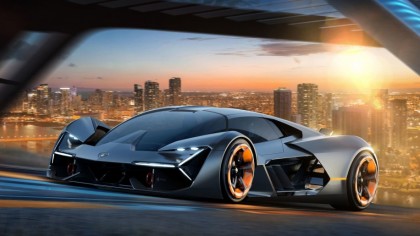 Exhilarated with the launch of this fantastic muscle car, Jean-Philippe Imparato, the CEO of Peugeot said “Peugeot e-LEGEND concept is not just a technological manifesto. This is the vision of a brand, PEUGEOT, actively focused on an optimistic and ultra-desirable future. For Peugeot, autonomous and electric are synonymous with even stronger sensations. Boredom will never be part of our DNA.”

With all these unique and cool features amalgamated into one wonderful automobile, the French e-Legend seems to have lived up to the dazzle of the automobile industry.

Fiat currency: Here's what its position is in the modern economy