Ghost Smells: One in Fifteen Americans Are Detecting Odours That Don't Exist

Scientists have finally conducted a study to try and understand the causes and symptoms of the annoying phantom smell sensation we all have at one point or other.

According to the work of a team of researchers from the National Institutes of Health (NIH), there may now be scientific evidence behind why we should dismiss that nagging but uncertain feeling that something smells.

Led by Kathleen Bainbridge, Ph.D., of the Epidemiology and Biostatistics Program at the National Institute on Deafness and Other Communication Disorders (NIDCD) housed within the NIH, a team of scientists looked at the prevalence of phantom smell, a term which as the name implies, refers to smells which we believe are present when they are actually not. The results from the study were that roughly 6.5 percent, or 1 in 15 Americans, experience some form of this mild hallucination. The large study involved over 7,000 subjects, all over the age of 40.

Although the exact causes behind phantom smell--which is also known as phantosmia--are not fully known, researchers believe that defining the parameters of what it is will be a starting point for future research efforts.

“The condition could be related to overactive odor-sensing cells in the nasal cavity or perhaps a malfunction in the part of the brain that understands odor signals. A good first step in understanding any medical condition is a clear description of the phenomenon. From there, other researchers may form ideas about where to look further for possible causes and ultimately for ways to prevent or treat the condition,” Bainbridge said.

Most imagined odors are stinky

For this reason, the researchers examined a large range of potential factors, among which included gender, race or ethnicity, overall quality of health and even socio-economic status. It's also interesting to note that overwhelmingly it was only bad smells which were wrongly detected. 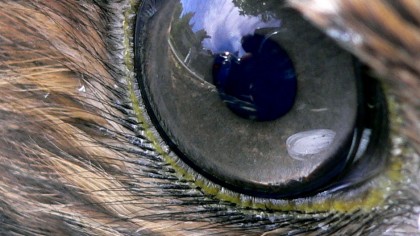 This means that research studies like this one and those from the past are dedicated to narrowing down the possible causes, developing a clear picture of what factors contribute to phantom smell the most, and most importantly, discovering if there are any clear links to other medical conditions. In some studies, for instance, scientists have evaluated whether there is a causal link between phantosmia and the onset of a brain tumor.

Dr. Alan Hirsch of the Smell & Taste Treatment and Research Foundation in Chicago stressed the importance of not ignoring signs: “By all means, a phantom smell could mean something serious. It absolutely needs to be evaluated. It could be a tumor – that’s on the top of your list of things to rule out — but it could also be a cyst or some infectious agent housed in the area of the brain where the smell is processed.”

The challenge for researchers in this area is that smell is perhaps the most elusive, both to define and study, among all the human senses. For this reason, research like in some ways represents a case of putting the cart before the horse, or in other words providing too much analysis before a proper framework of understanding is set up.

It could lead to a tendency to self-diagnose for members of the general public, creating an outcome which creates more questions instead of providing important answers which get to the root of the issue.

Details about the study appeared in a paper, titled "Factors Associated With Phantom Odor Perception Among US Adults: Findings From the National Health and Nutrition Examination Survey", which was published last week in the JAMA Otolaryngology-Head & Neck Surgery journal.

The "Silver Ghost": The Car That Made Rolls-Royce Famous

Here Is Why Wooden Toys Are the Best Ones