Phi and the Mathematics of Beauty

Phi, what does the 21st letter of the ancient Greek alphabet, beauty and maths have in common?

If you've read the article title, you'll probably have a good idea. Beauty is often considered a relative term that varies between race, culture or historical concepts. Recent studies seem to show that our perception of physical beauty could be hardwired into our brains.

It seems our attraction to another person physically may depend on their symmetry and proportions. Their faces in particular. Scientists believe we subconsciously perceive well-proportioned bodies as being more healthy. You can see this in the idealized portrayal of man in Leonardo's Vitruvian Man.

Phi and the golden ratio

The letter Phi has become attributed to a ratio that reflects proportions of a "perfect" face. A 2009 study into attractiveness revealed that this ratio is extensive within human faces. A competition held in 2012 showed the ratio in action when Florence Colgate was awarded Britain's "Most Perfect Face of 2012". Quite a flattering accolade, this video explains why she won.

All very nice but let's look a little deeper.

The Golden Ratio is based on Fibonacci Numbers. These are a sequence of numbers where the next number is the sum of its two preceding ones. 1, 1, 2, 3, 5, 8, 13, 21 so on and so forth. Leonardo Fibonacci discovered this sequence in around 1200 AD.

Using this sequence the golden ratio is calculated as follows: 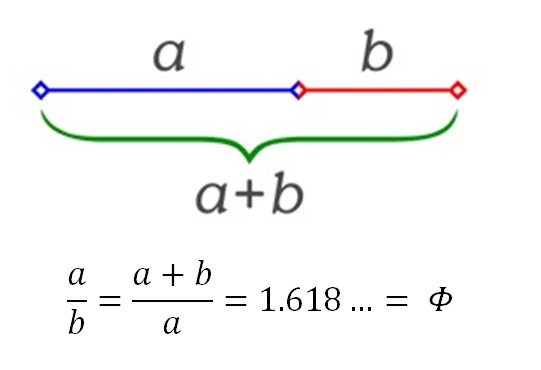 So let's see how this applies to Fibonacci Numbers. 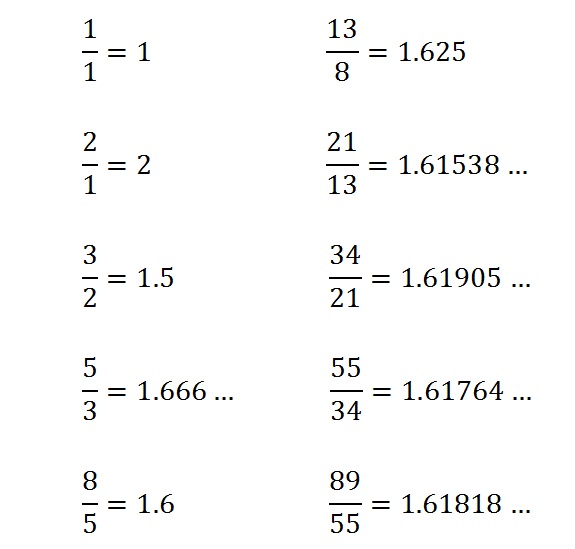 Following this sequence to its inevitable conclusion, we reach the golden ratio of 1.618033... In mathematics, this is termed an irrational number or a number where decimal places are never ending and in a non-repeatable sequence, like Pi. Irrational numbers can also be written as a decimal but not as an equation. This number is usually rounded off to be simply 1.618.

So what's the big deal?

This ratio has been discovered and rediscovered several times throughout history and has been given various names. These include Phi, The Golden Ratio, The Golden Section, the Divine Proportion etc. The ratio can be seen in the architecture of many civilizations such as Egyptian Pyramids. For instance, the Great Pyramid of Giza's ratio of the base lengths to its height is about 1.5717, which is close to the ratio.

The ratio was also applied, so it's claimed, to the Parthenon built by Greek Sculptor and Mathematician Phidias. Plato also considered the ratio to be the most universally binding of mathematical relationships. The famous Greek scientist and mathematician Euclid Euclid linked the construction of the pentagram to this ratio as well.

When applied to rectangles, this ratio is termed the Golden Rectangle. It has become known as the most visually satisfying of all geometric forms, hence it appears in art also as the Golden Ration. The rectangle is also related to the Golden Spiral which is formed by making adjacent squares of Fibonacci dimensions. 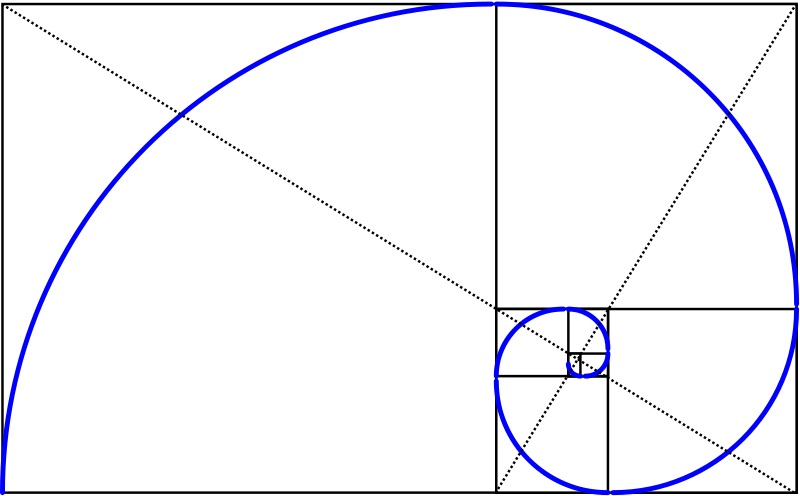 Architects, such as Le Corbusier, have proportioned their works to approximate this ratio, notably the golden rectangle. The belief being that it produces a maximally aesthetic piece of work. The Golden Ratio also occurs in nature, such as the patterns we see in pine cones, spiral arrangement of leaves, sunflower heads and so on.

Doctor Stephen Marquardt, an oral and maxillofacial surgeon, has been studying beauty for years. He has performed cross-cultural surveys on this subject and found that all groups had the same perception of facial beauty. Stephen analyzed human faces throughout history to the modern day. From his studies, Dr. Marquardt developed and patented a beauty mask which consists of pentagons and decagons as its foundations. The mask embodies Phi in all dimensions.

If a face fits the masks, more or less, it is closer to what the ratio defines as beautiful.

Beauty is only skin deep

As we all know, even with the perfect proportioning many other factors will also affect how each individual perceives beauty. Still photographs are one thing but each individual has a wide variety of facial expressions and emotions. As the saying goes one's face "lights up when they smile". Interestingly, the human face conforms more closely to Phi when we do, in fact, smile. A warm smile, is also mathematically considered more attractive than a look of anger, contempt or arrogance.

Symmetry, it seems, is not necessarily an important factor when considering beauty either. Amazingly, face symmetry isn't actually important, most universally recognized beautiful faces are far from being so. In fact, if you were to edit a photo in Photoshop to have the perfect facial symmetry, you would end up producing a face that seems unnatural or synthetic.

Clearly, this ratio only applies to physical beauty, we all have our own ideas and "tastes" about the whole package. Physical beauty is also temporal and fades with time. True beauty is often found on the inside, cliche I know, but character traits such as compassion, generosity, thought, creativity are, in the end, far more important. We should all remember that external beauty is something you have little or no control over. Unless of course, you have reconstructive surgery.

So do you agree? Can beauty be mathematically determined or is it purely subjective? Is Phi and the Golden ratio a genuine pattern in life?

SEE ALSO: The Origin of Algorithms We Use Every Single Day

The History and Development of Hypersonic Flight