Wars can often seem like series of random events and attacks without any pattern or reason behind them. Surprisingly, physicist Sean Gourley and a team of researchers have found a mathematical equation that can be used to not only model past wars perfectly, but that can predict the trends of attacks in future and ongoing conflicts. Sean began the project hoping to create a database from various sources, to accurately collect every piece of news that occurs. What his team didn't expect to find was a pattern in the attacks of wars, all related down to one very simple equation. This TED talk is incredibly fascinating, and as it turns out, all wars actually follow the exact same trend.

Gourley reports that the path, leading up to the conclusion he and his interdisciplinary team drew, was not an easy one. Finding trends within warfare and insurgency overlaps many academic disciplines, so many in academia created a lot of friction to the project as it didn't really have a home in one subject. Gourley claims that he was criticized for not focusing fully on the discipline he was good at, but also learning about other disciplines which he didn't know enough about, according to Ozy.

His research on warfare found that all conflicts had a downward trend with a slope around 2.5. This related the number of people killed in an attack to the number of attacks for a given death toll. At first this data seemed random, but they found that when plotted on a logarithmic scale, it resulted in an almost perfect descending trend.

Iraq was the first conflict they looked into, but as they began digging deeper into past conflicts, they found that nearly every war in history yielded the same exact results. As they plotted more and more wars, all of the data clustered around a slope of 2.5, meaning that there was some kind of similarity between every known human conflict. The equation is as follows:

P is the probability of the event, x is the number killed, C is a constant, and α is the slope of the conflict's trend line. This is a surprisingly simple equation that in theory describes every human conflict that will ever take place, or has ever taken place. 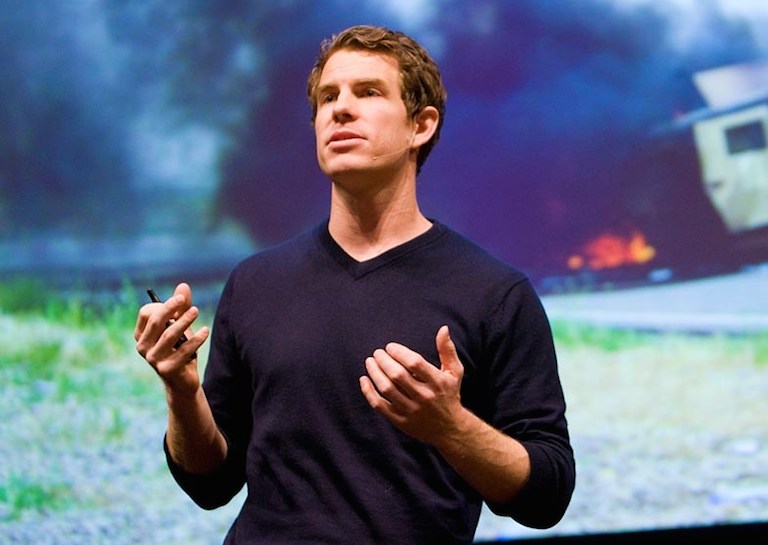 As they thought about these numbers more, they determined that α is really the structure of the insurgency in a war. Using this formula, Gourley claims that governments and military organizations should be able to develop strategies all based around how to change the α value, therefore potentially ending a war. A conflict that will continue, maintains a slope of around 2.5, so the key is to find some way to push that trend either higher or lower. Pushing α higher would mean fragmenting the insurgent groups and making them weaker, eventually leading to a cease fire in conflict. Pushing α lower would mean pushing groups together, making them stronger and more robust, but capable of being defeated.

For the most part, this research has yet to be adopted by military powers to predict and organize attacks, but through further study, it could become a driving factor in war strategy. The goal should ultimately be to end conflicts, and through mathematical planning and calculations, finding the pathways to those "cease fires" may just become a little easier.

SEE ALSO: The Math Behind a Spinning Coin