Physicists Achieve Most Precise Measurement of Gravitational Constant to Date

The researchers from China also illustrated that today's existing methods for measuring the constant are rife with systematic errors.

Physics is a branch of science that is bound in complexity, which in large part explains why most of the research efforts, particularly in quantum physics, are about clarifying or providing a framework to better understand existing theories.

One point in case is the gravitational constant or universal gravitational constant. Denoted by the letter G, it is an example of one of the challenges in physics, a classic one, of how to achieve consistently accurate and precise measurements. One team of scientists based in China have produced the closest results in this area with their latest study.

The value is determined by measuring the distance and mass of two objects relative to their gravitational attraction. Given the fact that compared to the other fundamental forces--electromagnetism, weak interaction and strong interaction--gravity is much weaker, the challenge becomes even more difficult.

To achieve their results, the team used both the angular-acceleration-feedback method and time-of-swing method to come close to producing an accurate value.

A revision of current methods

Their findings aside, the team also made the point that their results illustrate "undiscovered systematic errors in the various existing methods". Of those used throughout the last decade, the most preferred method has involved interferometry, a method of interfering with atomic waves, with scientists making efforts to improve the overall process. 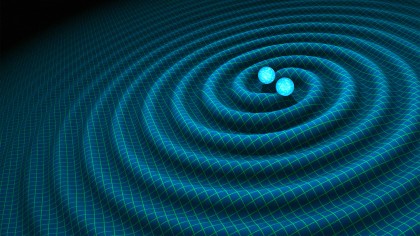 Now That We Can Measure Them, Scientists Keep Finding Gravitational Waves

This method, before the recent findings of this team were released, had been producing the smallest relative uncertainty, which means it had been the foundation of most of the research contributions in this area.

Stephan Schlamminger an expert from the National Institute of Standards and Technology (NIST) in the area of experimental physics, wrote about the significant impact the study could have:

"Li et al. carried out their experiments with great care and gave a detailed description of their work. The study is an example of excellent craftsmanship in precision measurements. However, the true value of G remains unclear. Various determinations of G that have been made over the past 40 years have a wide spread of values. Although some of the individual relative uncertainties are of the order of 10 parts per million, the difference between the smallest and largest values is about 500 parts per million."

Because within physics there are many empirical and unchanging laws which govern the universe, it is up to the members of the scientific community to constantly devise fresh approaches. Fortunately, the work produced by this team seems to serve as a good example of this.

Details about the study appear in a paper, titled "Gravity measured with record precision", which was published on Wednesday in Nature journal.