Scientists have found if graphene sheets are rotated at a "magic angle," they can act as both an insulator and a superconductor.

Physicists at MIT and Harvard University have found out that graphene can behave at two electrical extremes: first as an insulator where electrons are blocked from flowing; and also as a superconductor, where electrical current can stream through without resistance.

Graphene has been discovered in 2004 and scientists have found since then the honeycomb-like sheet of carbon atoms is the thinnest material known in the world. It is also light, flexible, strong, and very conductive.

Researchers in the past have synthesized graphene superconductors by placing the material in contact with other superconducting metals.

This time, the team found a way to make graphene superconduct on its own. This demonstrates that superconductivity can be an intrinsic quality in graphene which is purely carbon-based.

Laid at a "magic angle"

The physicists achieved this by creating a superlattice of two graphene sheets stacked together. They are not on top of each other, but rotated ever so slightly, at an angle of 1.1 degrees.

The overlaying, hexagonal honeycomb pattern is slightly offset, creating a configuration that is estimated to inspire strange, strongly correlated interactions between the electrons in the graphene sheets.

In other stacked configurations, graphene would remain distinct, interacting very little with the neighboring layers. The team, which was led by Pablo Jarillo-Herrero, an associate professor of physics at MIT, found that the two sheets of graphene exhibited nonconducting behavior when rotated at the said angle, similar to Mott insulators.

The researchers then applied voltage and added small amounts of electrons to the graphene superlattice. They found that, at a certain level, the electrons would break out of the insulating state and flow without resistance as if through a superconductor.

“We can now use graphene as a new platform for investigating unconventional superconductivity,” Jarillo-Herrero says. “One can also imagine making a superconducting transistor out of graphene, which you can switch on and off, from superconducting to insulating. That opens many possibilities for quantum devices.”

A material’s ability to conduct electricity will normally be shown in terms of energy bands. A single band represents the range of energies that a material’s electrons can have. There is an energy gap between bands. When one band is filled, an electron must embody extra energy to overcome this gap, to be able to occupy the next empty band. A material is an insulator if the last occupied energy band is completely filled with electrons. 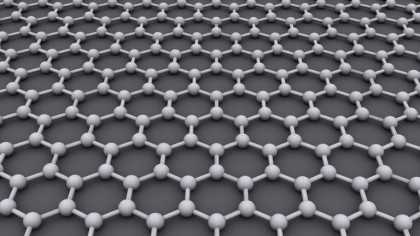 On the other hand, electrical conductors such as metals, exhibit partially filled energy bands, with empty energy states where the electrons can fill to freely move. Scientists have found ways to manipulate the electronic properties of Mott insulators to turn them into superconductors.

This is achieved at relatively high temperatures of about 100 Kelvin. To do this, they chemically load the material with oxygen. When enough oxygen is added, the insulator morphs into a superconductor.

“This is a problem that is 30 years and counting, unsolved,” Jarillo-Herrero says. “These high-temperature superconductors have been studied to death, and they have many interesting behaviors. But we don’t know how to explain them.”

The Suez Canal: the Water Bridge Connecting Europe and Asia