Physicists From Around The World Debunk New Superconductor Discovery

Claims regarding the discovery of a new high-temperature superconducting material came under scrutiny by researchers worldwide who gathered on social media platforms to debate their veracity.

Superconductors are materials that are capable of conducting electricity without any resistance which means they release no sound, heat or any other form of energy. However, materials are required to be kept under very low temperature in order to be made superconductive. 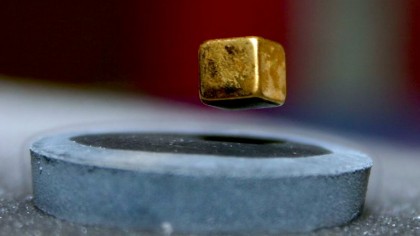 The excessive amount of energy utilized to maintain the materials in low temperature is what makes them inefficient and uneconomical. There are many types of research underway to develop compounds that can become superconductive at higher temperatures.

That goal looked like it had been achieved when on 23rd July 2018, two Indian physicists supposedly demonstrated solid evidence of countless applications of superconductivity in ambient temperatures. Their study claimed that materials made up of silver and gold could conduct electricity without any resistance at –37 ˚C in a practically ambient condition and pressure.

This was quite a surprise since studies up until that point had revealed a different story. However, upon further research by independent physicists worldwide, it was observed that these far-fetched revelations might not necessarily be 100% true.

This led to a social media storm on the subject and the ultimate debunking of the scientists' superconductivity claims. “All these researchers who normally do not discuss on a single platform have come together and discussed this. I think the self-correcting mechanism of science — the ruthless scrutiny of the community — has worked extremely well," said candidly one of the physicists involved in the discussion Pratap Raychaudhuri, based out of Mumbai, India,

He further also reached out to social media giant Facebook asking them to lead a discussion on the misleading study.

Studies done on the misleading preprint

Brain Skinner, another theoretical physicist at MIT, Cambridge caught the superconducting bug and decided to investigate the findings for himself despite this not being his area of expertise. His inquisitiveness and curiosity led him to discover a possible loophole in the preprint.

He found out that some data points of the figures stated in the preprint became quite noisy just when the material subjected to the experiment was about to transition to a superconductor. This fascinated him even further, and he discussed his findings with a colleague.

His Twitter response to his own experiment caused quite an uproar with a multitude of online mentions and a whopping 3600+ shares. Skinner reported being taken aback by his quick rise to fame: “It’s the standard story of someone being overwhelmed by sudden internet popularity.”

The long and short of this social media phenomenon story is that regardless of whether or not a study is backed by concrete evidence, it is easy to fan the flames of public interest.

25 Most Interesting Engineering Designs Around the World

15+ Projects That Could End Air Pollution Around the World