The Physics Behind a Stringless Yo-Yo

Yo-yos are fun toys, but they actually involve quite a bit of interesting physics like angular momentum and gyro stability. Typically, yo-yos have strings attached to them, but professional yo-yoer, Ben Conde has some pretty impressive skills that llow him to use a stringless yo-yo. Stringless yo-yos work in the same ways a normal yo-yo works, but it also has the capability to spin independently of the string. Yo-yos can spin at over 6000 RPM, which gives it gyroscopic stability. Check out Veritasium's awesome video of the physics behind yo-yo-ing below.

It kind of seems like magic, how a yo-yo works, which is part of the reason they make fun yet challenging toys to play with. As the yo-yo unrolls down the string, it gains rotational and kinetic energy. When Ben wants to return the yo-yo to his hand, all he has to do is tug on the string. This tug creates enough friction to move the string to the other side of the yo-yo and start its ascent back to the users hand.

Now, the same principles apply to using a yo-yo without a string, but it requires tons more skill and practice. You have to be able to follow and predict exactly where the flying toy will be in the air so you can snatch it back up with the string. 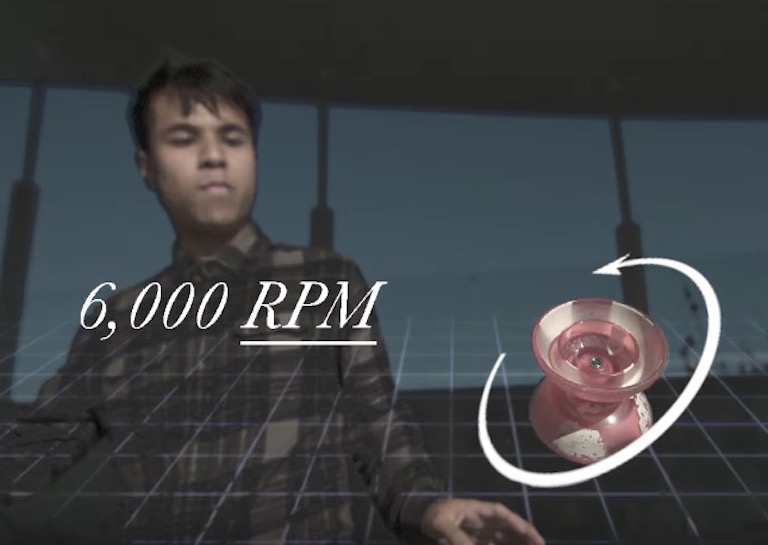 The physics principles behind yo-yos are founded in the existence of friction. Without friction, a lot of physical processes would be impossible, but most importantly, yo-yos wouldn't exist.