A Turkish Airlines flight made an emergency landing after passengers alerted the crew to a WiFi network named "bomb on board". Authorities have not commented if they have identified the person responsible.

A Turkish Airlines flight en route to Istanbul has made an emergency landing in Sudan after a Wi-Fi network called ‘bomb on board’ was detected onboard. The airline made a statement saying: “Experts said the Wi-Fi network in question was created on board. No irregularities were seen after security procedures were carried out, and passengers were brought back on the plane once boarding restarted." Neither the airline nor aviation authorities have indicated whether the passenger responsible for creating the network has been identified. But after security checks were carried out the passengers reboarded the plane and landed safely at their destination.

Bomb threats made via WiFi done before

It seems like this network's name may have been someone's idea of a sick joke but it isn’t the first time it happened. In 2014, passengers on a Southwest flight from Seattle to Denver passengers were alarmed after discovering a mobile hotspot called “Southwest - Bomb on Board". In 2016 on Australian airline Qantas delayed a flight from Melbourne to Perth for two hours after a passenger on board noticed a Wi-Fi network named “Mobile Detonation Device”. In another incident earlier this year a Wi-Fi hotspot with the name “Jihadist Cell London 1” was spotted on board a flight from Cancun to London Gatwick. The flight was canceled after a passenger alerted the crew. Mobile hotspot names are easily manipulated by the host and almost anyone with data on a smartphone can create a publicly available network.

Use your hotspot name for good

These threats at airports and on planes are very serious but re-naming your WiFi network can be a great way to get a message across to a lot of different people. There are multiple lists on the internet compiling the best and worst of them; from trying to help your technologically challenged family member with the name ‘Use this one Mom’ to the cafe owner, frustrated with people using his cafe as an office, changed their WiFi name to ‘BuyAnotherCupYouCheapskate”.

Being able to access free and fast WiFi in public spaces has gone from a treat cafes used to entice customers to a given that everyone demands. 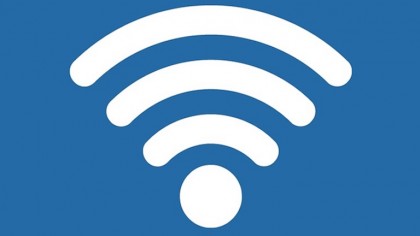 WiFi is also not confined to cafes and libraries. Many cities across the globe are now installing systems to provide free WiFi in open public spaces. But what do these free WiFi networks ask for in return? Manchester-based Wifi installation and analytics company, Purple pulled an outrageous prank on its customers to warn them of the potential danger of agreeing to public WiFi terms without reading them. The company revealed it had placed a new “Community Service Clause” into its terms of service agreement that users had to accept before being access the free network. But the clause required people to do 1,000 hours of menial labor in exchange for their ‘free WiFi’. More than 22,000 people signed on to the agreement that required users do tasks ranging from toilet scrubbing to dog poop pickup.