Planes, Bridges and Automobiles - Is It Time to Distrust Our Infrastructure?

Recent airplane, automobile, and bridge catastrophes have called into question the safety of modern design.

"Simplicity in design is not synonymous with safety..." - FIU CFO Kenneth Jessell

On the afternoon of March 15, 2018, 18-year-old student, Alexa Duran of Miami, Florida was driving a friend to an appointment. She was stopped at a traffic light at Tamiami Train road and underneath a new pedestrian bridge commissioned by Florida International University.

Suddenly, there was an ominous sound and, starting at its north end, the bridge collapsed, killing the 18-year-old along with five other people. The bridge appears to have had a key design flaw that overestimated the strength of the bridge while underestimating the load it would have to carry.

Unlike most bridges in Florida whose design is overseen by the Florida Department of Transportation, the design of this bridge was overseen by FIU itself because its engineering school was renowned worldwide for its expertise in Accelerated Bridge Construction (ABC).

In ABC, bridge spans are prefabricated and hoisted into place in just a matter of hours, thus preventing the long road closures so hated by motorists, Department of Transportation authorities, and elected officials.

The winning design submitted by Munilla Construction Management, a South Florida construction company, and FIGG, a bridge-design firm, featured a highly unusual, hybrid version of a truss design. Instead of two sets of parallel, regularly spaced vertical truss pieces running along both edges of the bridge, this design featured a single set of irregularly shaped struts that would run down the center of the bridge. The design also featured a faux pylon tower with 10 imitation cables that could be lit up at night.

Having the trusses line up with the angles of the faux cables forced the irregular size, spacing and angling of the diagonal truss support pieces, and this produced a weakness at a key connection point, which led to the collapse of the bridge.

"...some kind of a brain problem" -- Megan Henriksen

When Michigan resident Bert Henriksen started experiencing migraine headaches, fatigue, and erratic behavior, his wife thought he was having "some kind of a brain problem."

But, a March 2018 blood test revealed that Henriksen had toxic levels of carbon monoxide gas in his blood. The source was traced to Henriksen's 2017 Ford Explorer SUV. Over 3,000 owners of Explorers made between the years 2010 and 2018, have complained to Ford and U.S. federal authorities that exhaust fumes are seeping into the cabins of their vehicles.

Many U.S. police departments use Explorers as cruisers, and they were experiencing problems as well. Police officers in California and Massachusetts tested positive for carbon monoxide, and in September 2018, the Austin, Texas Police Department removed their 400 Explorers from service.

The fifth-generation Explorer arrived in the 2011 model year (at the end of 2010), and the first complaints of exhaust fumes seeping into the cabin followed soon after. In their new design, the exhaust manifold and the catalytic converter were welded together to form a single unit, and records obtained from Ford showed porous welds, cracks and poor fits with other components that allowed exhaust to escape before exiting the tailpipe.

In September 2018, Ford settled a class-action lawsuit alleging carbon monoxide problems in 2011-2015 Explorers. The settlement provides $175 to $500 to customers who paid for repairs that didn’t work, extended warranties for the exhaust issue, and it required Ford to issue a new bulletin to dealerships recommending repairs. Ford didn’t admit to any liability in the settlement agreement.

"Safety is at the core of who we are at Boeing ..." -- Dennis Muilenburg, Boeing CEO

In 2011, Boeing was scrambling to re-engineer its workhorse 737 aircraft in order to compete with Airbus's A320neo, which had newer and more efficient engines. The new engines that Boeing chose, CFM International LEAP-1B engines, were heavier than their previous engines, and this had the effect of pitching a plane's nose up during certain phases of a flight. 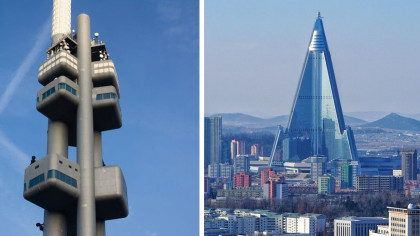 To counter this problem, Boeing introduced MCAS, the Maneuvering Characteristics Augmentation System. MCAS, which was activated by Angle of Attack data, would automatically trim the horizontal stabilizer on the tail to bring down the nose. Angle of attack is the angle between the oncoming air or relative wind and a reference line on the airplane or wing.

A Boeing analysis said, "...if an erroneously high single angle of attack (AOA) sensor input is received by the flight control system, there is a potential for repeated nose-down trim commands." When Indonesian airline Lion Air Flight 610 taxied down the runway, the information coming from its Angle of Attack sensors was off by 20-degrees.

Lion Air crashed into the sea, killing all 189 passengers and crew on board. Four months later, Ethiopian Airlines Flight 302 crashed shortly after takeoff, killing 157 people on board. On March 18, 2019, Boeing CEO Dennis Muilenburg said, “Safety is at the core of who we are at Boeing, and ensuring safe and reliable travel on our airplanes is an enduring value and our absolute commitment to everyone."