The Planet of Death: 10 of Earth's Worst Extinction Events

Have you ever wondered about the worst extinction events in the history of Earth? Then you've come to the right place, my friend. Earth is often called 'the living planet,' but as you will see, perhaps it should be more accurate to call it 'the planet of death'. It is an interesting, yet sobering thought that 99 percent of all life that has ever lived is as dead as a dodo.

Such is the nature of paleontology, that estimates are difficult to calculate as fossils are very rare and the fossil record is far from complete. Nevertheless, significant changes in ecosystems are detectable from the changes in biodiversity seen before and after the events such as mass extinctions. Mass extinctions are defined as greater than 50 percent death toll. However, we have also included some below this threshold.

Let's take a quick look at Earth's dark and dirty past. Here is our list, in order of increasing death toll, of some of the worst mass killings in Earth's history.

When: 305 Million Years Ago
Death Toll Estimate: 10 % of all species on the planet

Fond of fossil fuels? A significant amount of the world's current supply was laid down during the "turbo" growth of the Carboniferous period, but not all. Gigantic trees were widespread on land, pumping out so much oxygen that global atmospheric O2 was reaching around 35 percent. This allowed for enormous insects to evolve during this period. This golden period for life had slammed the breaks on after a sudden ice age towards the end of the period. CO2 levels dropped to their lowest in history and the climate has changed from warm and wet to cold and arid. Forests were hit hard, affected ecosystems collapsed and the remains rotted, got buried and compressed. They are now burnt globally without a second thought to their origin.

When: 424 Million Years Ago
Death Toll Estimate: 30 % of all species on the planet

The end of the Ordovician biocide set the stage for the Silurian. Life recovered rapidly with true sharks and bony fish dropping into the party of life. Small plants and moss began to invade the land, quickly followed by spiders and millipedes. Giant sea scorpions roamed the seas, which is my personal nightmare. All was going well until 424 millions years ago. Climate change, of unknown cause, altered the planet's atmosphere to such an extent that it became toxic to some and uncomfortable for most. 30 percent of all species lost the evolution race and life struggled until the end of the Silurian and beyond. Those damned scorpions survived, though.

When: 488 Million Years Ago
Death Toll Estimate: 40 % of all species on the planet

The Cambrian period is arguably the most important time in Earth's history for life. Most of the body forms we know today developed during this period. This was life's greatest arms race and it led to both armor and weapons of prey and predator alike, oh and eyes. For reasons yet not fully understood, 40 percent of all species suddenly disappeared at the end of the Cambrian. Current theories put the blame on a large scale glaciation event, possible ocean anoxia or volcanism. 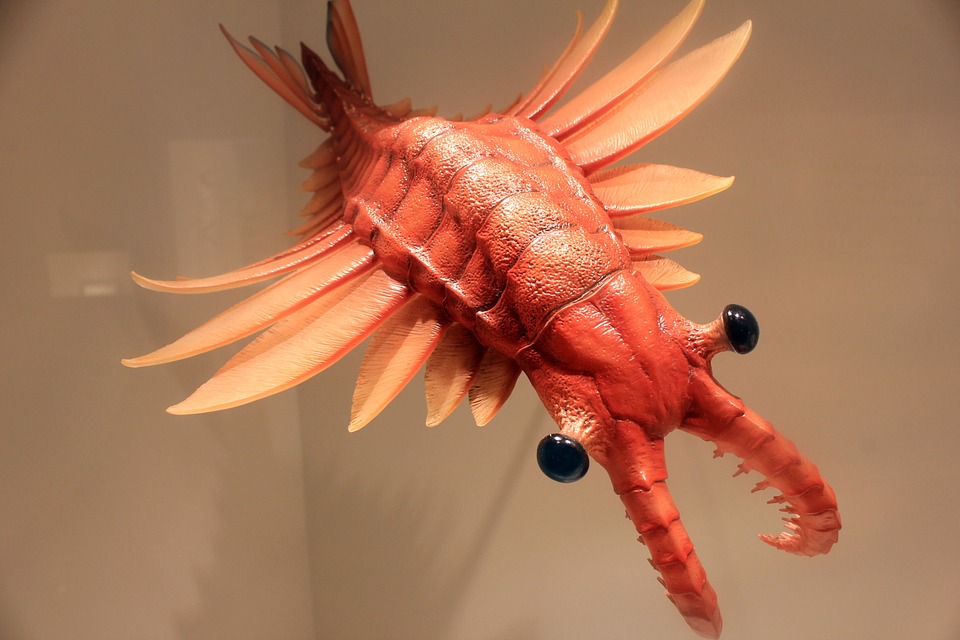 When: 542 Million Years Ago
Death Toll Estimate: 50 %+ of all species on the planet

During this time complex life had begun to take off on our planet. Bacteria and other micro-organisms began to form permanent symbiotic relationships to give rise to Eukaryotes (animal cells). These pioneers were highly dependent on oxygen, as we are. At this time O2 levels began to plummet leading to a mass killing of these little critters. The exact reason for this important event in life's history is unknown but it could be linked to ocean current changes. It paved the way for the infamous Cambrian Explosion!

Up next the so-called big five...

Welcome back to the end of the Ordovician and start of the Silurian, did we mention the giant scorpions? Stay out of the water!!! Marine fauna was dominated by nautiloids (shelled octopus and squids), trilobites, corals, shellfish and jawed fish. Life was slowly but surely marching its way towards ever more complex body forms. 443 mya, enormous ice sheets started to grow, trapping liquid water in the ice and reducing atmospheric oxygen. Current theories suggest a combination of volcanism, climate change and possible gamma ray burst which stripped the Earth of its protective ozone layer. This would have left it open to unfiltered UV bombardment. This clearly was not ideal for life on earth, causing the initial drop in CO2 and triggering an ice age.

Smack bang during the rise of the Dinosaurs, it was, in fact, a time when other large reptiles were dominant on the Earth. Dinosaurs were, at this time, not much bigger than horses, but with nasty teeth! But their time was about to come. Between 199 and 215 Million years ago a mass extinction event(s) wiped out all large fauna, paving the way for Dinosaurs to claim their destiny. Dinosaurs were much smaller than the more dominant species and "weathered the storm". The prevailing theory is that mass volcanism triggered sudden climate change, you know the usual.

The Devonian was a critically important time for life. Bony fish started to develop sturdy fins that let them crawl onto land. Animals, literally, dragged themselves out of the ocean and speciated to finally evolve into amphibians and reptiles. Trilobites, after many millions of years, were finally unseated during this period many began their decline into oblivion. Sharks were so well developed at this stage that they have changed very little since. Massive volcanism, climate change and a possible meteorite impact, led to sudden climate change and the loss of 75 percent of all life on Earth. Are you detecting a theme?

When: 65 Million Years Ago
Death Toll Estimate: 75% of all species on the planet

Well, well, here is it is, the headliner, but by no means the worst mass extinction. Dinosaurs and other large reptiles on land, sea and in the air were finally knocked off their throne. Most of the commonly recognized dinosaurs lived during the Cretaceous, and most importantly for us, the earliest true mammals evolved. 65 million years ago a meteorite smashed into the Earth at Chicxulub, Mexico, causing an enormous tsunami and throwing large amounts of ejecta into the atmosphere. This led to severe global warming which wiped out 75 percent of all life on the planet. Interestingly, the iridium from this impact, an element not common on Earth, formed a very fine layer that can be found all around the world.

From the ashes of the devastation, our tiny ancestors crawled out and took their place as the dominant terrestrial animals for the rest of time. Well until the next mass extinction event.

And the winner is...

And here we go, the most devastating extinction event in Earth's history. Life was dominated with large reptiles and synapsids (mammal-like reptiles and our ancestors). 252 million years ago, in the area we now call Siberia, enormous flood basalts released huge amounts of CO2 and other gasses into the atmosphere. Such was the change in the climate that most paleontologists agree that at least 90 percent of all species were extinguished. Other estimates increase this to 95 percent. This event is known colloquially as the "Great Dying", which finally topped off those sea scorpions.

When: 2.3 Billion Years Ago
Death Toll Estimate: 90+? of all species on the planet

At this time no large multicellular life had evolved. The dominant life forms were colonies of single-celled bacteria and archaea. Most respired anaerobically and thrived. At this time a new kid hit the block, photosynthetic cyanobacteria. This innovation proved to be very successful and they blissfully pumped oxygen into the atmosphere. At first, free oxygen was absorbed and stored as iron deposits in the ocean, until it became saturated. With the process for oxygen removal from the atmosphere halted, oxygen was free to build up with reckless abandon in the atmosphere. This reduced methane levels and ultimately led to a cooling of the planet, triggering a massive and long-lived ice age - the Huronian glaciation.

Oxygenation of the Earth resulted in a mass cull of anaerobic organisms with an estimate of the total death toll thought to be potentially one of the worst extinction events in history. If not the worst it is definitely one of the most important for life on Earth. Could this be a warning from history?