It’s every now and again that you hear something that reminds you that today we are in the age of accelerated change and today has been one of those times. Universities in Sheffield and Sussex have just announced that scientists are working on a new project to create the world’s first accurate computer simulation of the brain of a honey bee. They then intend to upload the brain into a flying robot. 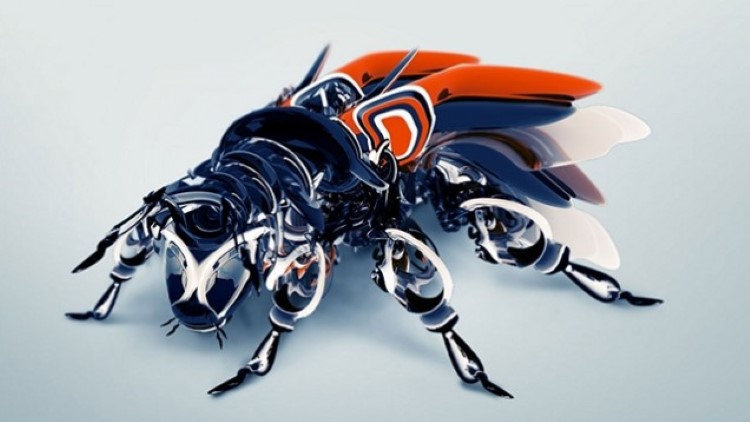 Of course if they manage to pull this off it would be a big win for science, but more than that, it could end up saving the world. Researchers are hoping that a robotic insect could either supplement or perhaps even replace the population of honey bees, which are shrinking. These are needed to pollinate essential plant life.

On reading this you might think it’s nothing more than an elaborate hoax, however a lot of money is being put into the project. The project has the name of “Green Brain" and has recently received funding of £1 million ($1,614,700) from the Engineering and Physical Sciences Research Council along with donations of hardware from NVIDIA.

NIVIDA have provided scientists with high performance graphical processing units, these are called GPU accelerators. They are going to let the researchers simulate all the aspects of the brain of the honey bee via massively paralleled desktop PCs. This is excellent promotion for NVIDIA while at the same time allowing researchers to carry out their project inexpensively, as clusters of supercomputers are not cheap.

While it might look as though insects have simple minds, they do in fact have brains that are extremely complex; therefore a lot of computational power is needed by the researchers.

The scientists are not trying to copy the complete brain of the honey bee; instead they want to copy two complex specific functions in it, vision and sense of smell. If they are able to do this they will then upload the models to a robotic honey bee, which will be able to act autonomously.

"This is an important further advance over current work on brain models because it is becoming more and more clear that an essential aspect of brain function is that the brain is not acting in isolation but in constant interaction with the body and the environment," they note in their proposal, "This concept of 'embodiment' and its consequences for cognition are important insights of modern cognitive science and will become equally important for modern neuroscience."

The researchers hope that the flying robot will be able to perform basic tasks without the need for sets of pre-programmed instructions. For instance the robotic bee should be able to detect gasses and odours, just as a real bee is able to detect certain types of flowers.

The scientists will work alongside Martin Giurfa of Toulouse, who is an expert when it comes to the brain of the bee and the behaviour of the bee. Should the project be a success it would mark a very important moment in technological history. It would be the first time a robot brain could perform tasks that were complex just as well as the animal that it was copying.

The Green Brain Project could help in our understanding of artificial intelligence along with neuroscientific underpinnings of animal cognition. With the advent of an artificial pollinator, along with the National Science Foundation-funded Robobees project from Harvard University, it could also offer a solution to the honey bee population that is dwindling.

The artificial honeybee may well be just the first of many robots that could be introduced into the environment in order to make up for extinctions, which are widespread.