This Plastic Film Could Provide Ultimate Relief For Intense Heat

Sweltering heat plagues and even ruins outdoor events. The sun beats down on even the most heat-tolerant people and makes them miserable. However, one sheet of this thin plastic film could offer a bit of a respite from an intense sun. The film uses tiny glass spheres embedded into it to absorb almost no visible light. It simultaneously pulls in heat from the surface it touches. The plastic film can cool whatever it covers by up to 10 degrees centigrade.

The technology uses passive radiative cooling - or how objects naturally shed heat as infrared radiation without absorbing energy. The team had to create a material that could both reflect solar rays and still give "a means of escape" for infrared rays. That's where the tiny glass spheres come in handy. The team then added a reflective silver coating to boost the film's reflective properties.

The developing engineers definitely know a thing or two about heat. The team comes from the University of Colorado Boulder, a state that can boast surprisingly toasty summers despite its higher altitude. Assistant professor of mechanical engineering and materials science engineering served as co-director of the research. 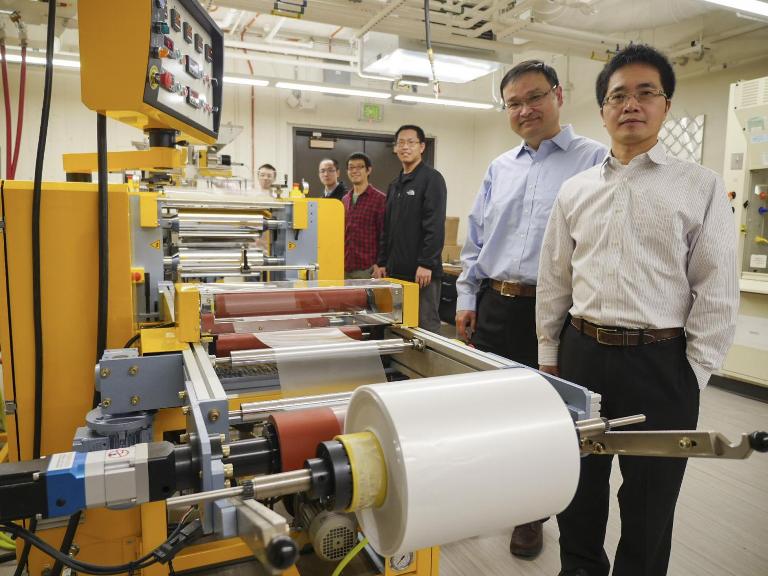 "We feel that this low-cost manufacturing process will be transformative for real-world applications of this radiative cooling technology," he said.

The metamaterial -- engineered substances with properties not found in nature --  measures only 50 micrometers thick. That's barely thicker than most aluminum foils or traditional kitchen plastic wraps and wax papers. The team said it has the potential for large-scale manufacturing. Yin said it can be made for only $0.25 to $0.50 per square meter.

The team hopes that the polymer film's efficiency can help cool buildings and increase the longevity of solar panels.

"Just by applying this material to the surface of a solar panel, we can cool the panel and recover an additional one to two percent of solar efficiency," said Yin. "That makes a big difference at scale."

The biggest immediate benefit, however, remains its ability to safely keep people much cooler than other energy-guzzling coolants like electric fans or air conditioning.

"Just 10 to 20 square meters of this material on the rooftop could nicely cool down a single-family house in summer," said Gang Tan, an associate professor of the University of Wyoming’s Department of Civil and Architectural Engineering and a co-author of the paper.

The findings were published in the February issue of Science.

SEE ALSO: This Japanese Invention Can Recycle Plastic Into Oil