PLUB: This Tiny Little Gadget Can Make Any Headphone Wireless

Apple shook up the mobile phone industry when it removed the 3.5mm headphone jack on its iPhone 7. Frustrated headphone users either had to throw out their favorite headphones for Apple's wireless systems or buy an adapter. One device looks to transform any wired headphones into wireless, regardless of the device's brand. Meet PLUB! 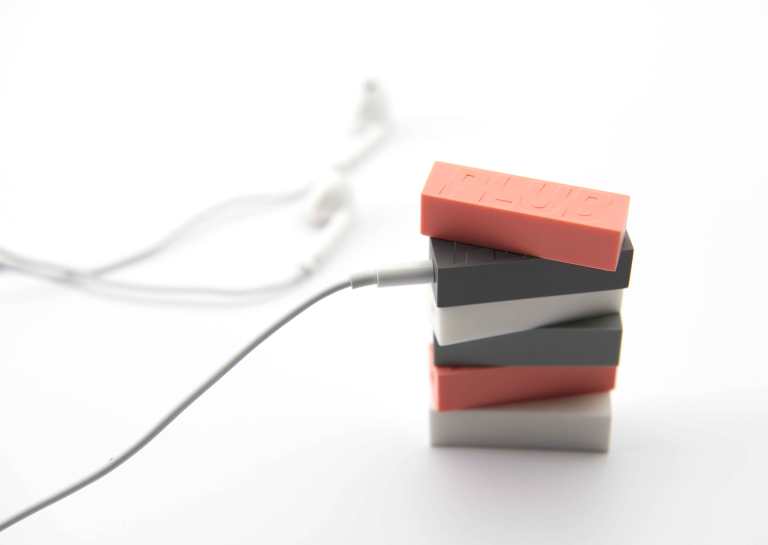 PLUB is a minimalist Bluetooth receiver compatible with all 3.5mm cable headphones. Its sleek design lacks buttons, knobs or screens. All users have to do is simply plug into the PLUB. The small box will turn on and auto-pair to the nearest smart device via Bluetooth 4.0. This simplifies button control to what users already know -- the existing controls on their headsets.

PLUB’s unique specs allow it to be integrated into companion accessories. Currently, the boud company offers a neckband accessory that PLUB can be inserted into. The company notes that additional companion accessories are in development. They will be announced in more detail as stretch goals during the Kickstarter campaign.

The neckband accessory is simple. Insert the device into the neckband. Then, adjust the length of the cable. Users can fix as long or as short of a cable length that they need. The neckband is perfect for exercise or anytime when you don't want wires dangling from your ears to a pocket. 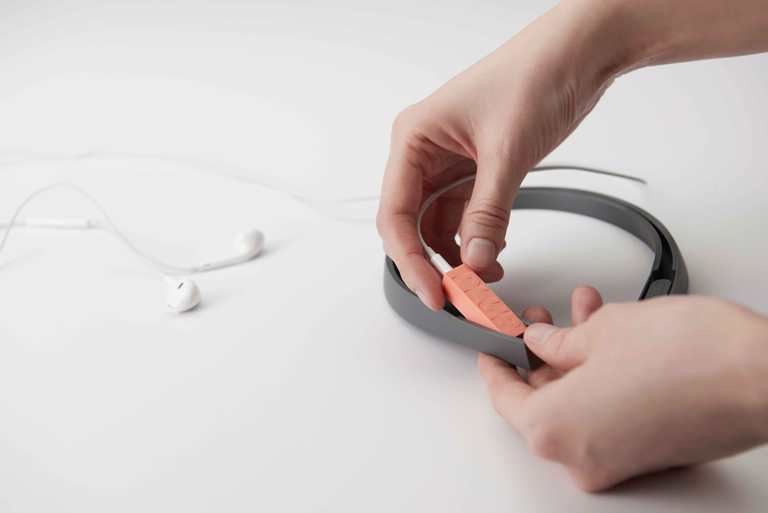 Just because PLUB looks simple doesn't mean it lacks in quality. It's embedded with a CSR audio system-on-chip setup. This guarantees high-quality stereo sound even over a weak Bluetooth connection. The company promises you won't hear a difference between a wired connection and wireless with PLUB. 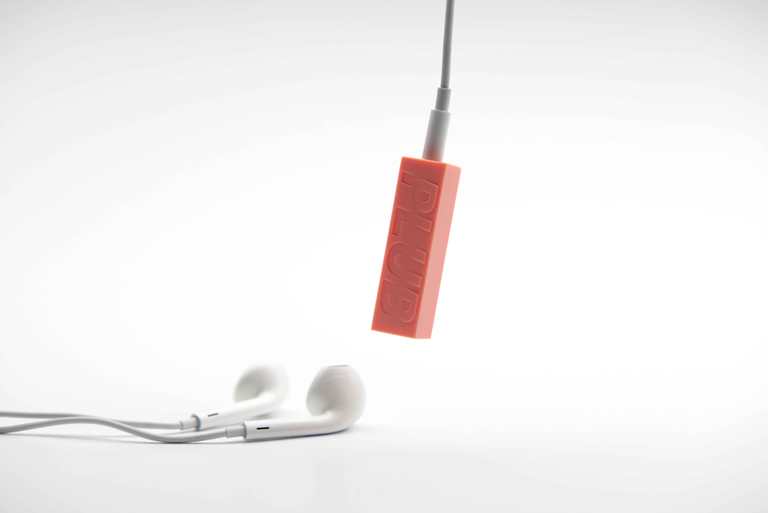 PLUB is one of the smallest Bluetooth receivers around. It's only 12 mm tall by 12 mm wide and 48 mm long. At just 10 grams, it won't weigh down pockets or pull down headphones. It comes with a 120mAh battery which provides 5 hours of continuous listening pleasure.

Earlybird specials start at $20 for early adopters of the product. According to the company's Kickstarter page, backers will get PLUB deliveries starting in August of this year. You can get the PLUB in either midnight gray, sunset red, or fog white. If you pledge at least $27, you'll get one PLUB and a neck band. To learn more about PLUB, check out their website. You can also follow them on Facebook.

As a company, PLUB's parent company boud looks to create "a design that leaves a mark on history" while being "a company that leaves an everlasting impression in peoples' heart[s]."

boud also created a number of other products to boost wireless connectivity. In 2015, they launched jackets that allow couples in long-distance relationships to send visual 'emotions' to one another. The jackets work with an app that corresponds to lights on the jacket sleeve. If someone wants to let their partner know they miss them, all they have to do is text a heart via the app. The heart will then illuminate on the jacket sleeve.

The South Korean-based company also created Via by Vivian. Via stands for Visual Interactive Apparel. This interactive clothing line can showcase illuminated messages while still looking like sleek activewear.

All Images Courtesy of the boud company and PLUB