Pokemon Go Will Give Players Rewards for Picking Up Trash

Pokemon Go players now have a new incentive for helping clean the environment: added rewards for picking up garbage. The app's maker Niantic recently announced the engagement initiative in a statement.

"At Niantic, we believe in taking care of the planet and we invite everyone to help us make the world a cleaner place," the developers said on the app's website. "Caring for waterways and oceans through organizations like Mission Blue will help us all live better lives. Hosted by local nonprofits, these cleanup events will involve picking up trash and cleaning natural areas alongside other Trainers and local community members, so join us as we look to host the most coordinated cleanups in a 48-hour period!"

The perks come as part of a series of events on April 22 (Earth Day) to encourage people to gather in public spaces but in partnership for nonprofits. Players will team up to clean designated public areas. The more people participate on a team, the more in-game rewards will be doled out. 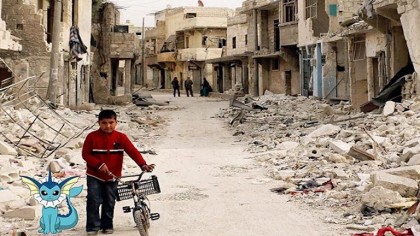 While it's not as big as it was upon its 2016 release, 65 million people still play the game each month. It's still one of the most-downloaded apps of all time and remains an incredibly popular game -- even after the hype slowly died down.

There have been issues in the past regarding other Pokemon Go fests (or extensive IRL meet ups of players), but it's nice to know Niantic is putting the emphasis elsewhere for Earth Day. According to the gaming company's CEO, that's exactly the point.

“Earth Day is an incredible movement and opportunity to team up with friends and neighbors to focus on making the world and our own communities healthy and sustainable,” Niantic CEO John Hanke said in a statement.

There will be 37 events spread out across 12 countries that focus on 10 partnering organizations. For more information about locations and the partnerships, visit the Pokemon Go Live website.

Via: Pokemon Go Live, The Verge

Freedom at a Cost: The Burdens and Benefits of Giving Up Your Data Privacy

What Cosmic Secrets Will The Roman Telescope Reveal?

eBay May Be Accepting Cryptocurrency For Future Payments