Florida police have tried to use the fingerprint of a deceased person to unlock his phone.

Police officers in Largo have tried to access a dead man’s locked phone with his finger. Linus Philip was shot and killed by policemen on March 23 after trying to avoid a police search. Police officers approached Linus after allegedly stealing marijuana coming from his car. Phillip was unarmed at the time.

Phillip's body was returned to his family and was being held at the Sylvan Abbey Funeral Home in Clearwater, Florida. On March 26, two police officers arrived at the funeral home with Phillip's mobile phone requesting to access the body so they could unlock the phone. They stated they needed information stored on the phone to assist them with their investigation into Phillip's death and into an inquiry relating to drug charges against the deceased man.

The policemen were unable to access the phone by pressing the deceased man finger to the screen's unlock button. The police officers' request was witnessed by funeral home staff, whom the police gave business cards too.

The incident left Philip's family even more distraught. "I just feel so disrespected and violated," the fiancée, Victoria Armstrong, told local media. The family’s lawyer, John Trevena, said he has filed a complaint against the detectives on behalf of the Phillip family. 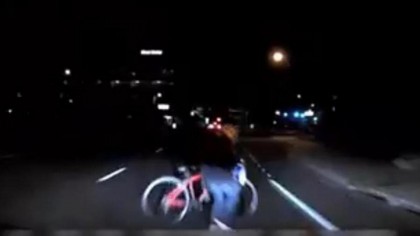 The family is reportedly considering suing the City of Largo for unwarranted search and seizure and obtaining illegal access to the body after it left police custody. However, according to law experts, the family may not be able to press charges. Charles Rose, a professor at the Stetson University College of Law in Gulfport, Florida, told NBC news, "Warrants are designed to protect citizens against unreasonable searches under the Fourth Amendment. Given that the owner of the phone is dead, he no longer has a privacy right to assert under the Fourth Amendment. It's an open question as to whether his family might have that right, but he does not."

This isn’t the first instance of using a deceased person's finger to attempt to unlock their phone. In November 2016 police tried to open the phone of Abdul Razak Ali Artan after he was shot dead during a stabbing rampage on the grounds of Ohio State University. The move was unsuccessful but information from the phone was later access from the FBI forensics lab.

This instance is thought to be the first known case of police using a deceased person's fingerprints in an attempt to get past the protections of Apple's Touch ID technology. As Apple encryption technology has increased over the last few years, the practice is likely to continue as in many cases there may be useful evidence trapped inside the deceased person's phone.

And although there is moral ambiguity around the procedure there are no legal problems. "We do not need a search warrant to get into a victim's phone, unless it's shared owned," said Ohio police homicide detective Robert Cutshall, who worked on the Artan case.

This Is the World's Strongest Explosive-Powered Nut Cracker