There's a lot of chatter around at the moment about the so-called Hydrogen Future. Hydrogen-powered technology is unlikely to progress, however, when the production of hydrogen is so energy-intensive. Now Toyota is looking to a dirty source of clean fuel: sewage.

The new Toyota Mirai is a neat car with a slick marketing campaign; and with vocal opponents to hydrogen fuel cell technology as big as Elon Musk, it better be. To make matters worse, hydrogen-powered tech has another barrier, something the Toyota Mirai chief engineer Yoshikazu Tanaka calls a 'chicken or the egg' problem. The small number of hydrogen fuel stations means fewer people want to buy hydrogen cars, which means fewer people want to build hydrogen fuel stations, which means... well, you get my meaning. 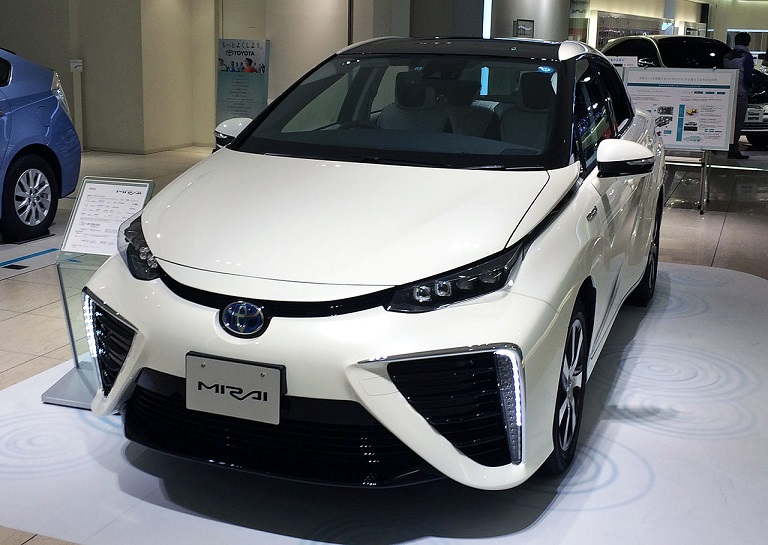 Toyota is trying to make uptake of this technology as easy as possible for consumers, including a new H2 Station Finder App to help you map out your route.

But what if hydrogen fuel was widely available, easy to produce, and cheap to buy? What if it was produced from waste - specifically, human waste.

From Quartz: 'It’s not a new or advanced technology,' says Marc Melaina, a senior engineer at the National Renewable Energy Laboratory in Denver. 'In India, they have loads of biogas plants in villages and such that are just part of their energy infrastructure.'

Using microorganisms to generate biogas from solid waste, sewage can be converted into methane and carbon dioxide. Adding water vapour in progressive stages converts these useful byproducts into pure hydrogen.

Finding ways to produce hydrogen from wastewater treatment will make associated technologies much greener. Melaina explained, ‘They have to treat the water, and biogas is a natural byproduct of that process. You can burn it, you can turn it into electricity or you can turn it into hydrogen.’

Leaders in fuel cell technology are on board. Executive director of the California Fuel Cell Partnership, Bill Elrick, told Quartz that making hydrogen from sewage is ‘probably one of the most economical ways down the line because you’re producing so much from a waste product.’

Melaina agrees that biogas is a clear choice over dirtier, natural gas:

‘Biogas itself is really chemically almost identical to natural gas. If you clean it up and take out the impurities it’s basically methane.’

Fans of hydrogen fuel cell vehicles are quick to talk up the advantages of this technology over the common crop of electric cars. Co-director of Hydrogen Pathways Program at UC Davis, Joan Ogden, said ‘Fuel cell cars do offer you things that battery cars can’t in terms of the ease of use, in terms of fast refueling time, and in terms of a longer range and a bigger car.’

Speaking for Toyota at the 2015 Consumer Electronics Show, theoretical physicist and futurist Dr. Michio Kaku asserted that 'In a hydrogen fuel cell car, the engine has no moving parts whatsoever.' In any technology, the fewer moving parts there are, the less there is to go wrong.

Watching their YouTube channel, it’s clear that Toyota is pretty keen to normalise hydrogen fuel cell technology. The efficient production of hydrogen from waste products, including the ever ubiquitous sewage, is a clever way to make fuel stops far easier to find.

"Pooper Scooper" Bot Detects and Picks up Your Dog's Poo

7 Animals to Identify by Their Characteristic Poop