Porsche could create flying cars which could compete in the future urban air taxi market, according to the company’s sales chief.

Porsche may develop a flying car, which passengers would be able to use without a pilot’s license, according to the German magazine Automobilwoche.

Most operations would be automated, but passengers could still maintain some control in the flying vehicle, Automobilwoche reported the company’s sales chief Detlev von Platen as saying.

“That would really make sense. If I drive from [the Porsche plant in] Zuffenhausen to Stuttgart airport, I need at least half an hour, if I’m lucky. Flying would take only three and a half minutes.” Von Platen said.

Porsche would also like to enter the market for air taxis using this vehicle, he said. Ride-hailing companies such as Uber are already targeting this market even though the market does not even exist yet.

Other companies also interested in making flying cars a reality

Uber has said it will begin testing urban air taxis in cities such as Dallas, Los Angeles, and Dubai in 2020.

The ride-hailing company has announced in November that it has signed a contract with NASA to develop the software to manage “flying taxis”.

It is estimated that a journey which would normally take 80 minutes by car in traffic could be reduced to four minutes in an Uber taxi. Uber also plans to have the air service operational in some shape for the 2028 LA Olympics. 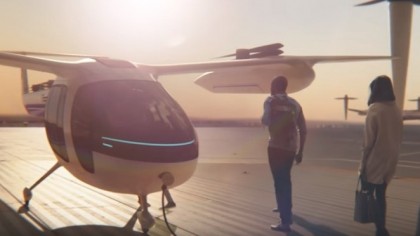 In 2018, Uber has hired two ex-NASA staff Mark Moore and Tom Prevot, to execute the design team for the aircraft and the air traffic management software program. Uber has also signed an agreement with Sandstone Properties to build skyports for the flying taxis.

Uber has already been in touch with the regulatory bodies and has started discussions very early to get the necessary permits for the concept of flying taxis.

Uber, one of the world's dominant ride-hailing services, seems to be charging ahead with its plans for flying cars despite the recent management change. The company also plans to hold a special conference dedicated to flying cars at the second annual "Elevate Summit" which will take place in Los Angeles in May.

European aerospace company Airbus has invested in a helicopter-hailing service. Boeing has also bought a firm which specializes in pilotless aircraft flight systems. These developments indicate that flying taxis may not be too far away in the future.

Porsche’s parent company Volkswagen unveiled a car at the 2017 Geneva Motor Show called “Pop.Up.” The vehicle has been designed in conjunction with Airbus and has two seats. Volkswagen aims to avoid rush hour traffic with this car, a problem that plagues urban life in every aspect.

Flying cars will not be cheap

Chinese company EHang has also posted a video of its CEO taking their drone for a test ride to showcase the safety of the technology. German start-up Volocopter, backed by Daimler, which is being supported by several larger firms, has also shown an interest in this field.

Other competitors include Lilium Jet and eVolo, and U.S.-based Terrafugia and Joby Aviation. UK aviation company VRCO has started working together with University of Derby in November 2017 to create a NeoXCraft. However, it does not look like flying cars will be cheap. Prices of around £1.5million per car are being talked about.