Last August, luxury sports car manufacturer Porsche posted an interview with two of its executives regarding electromobility opportunities. The first question was on why the firm had decided to develop its own charging parks for electric vehicles (EV).

"So we can only sell electric cars if we give customers the security of knowing that there is a viable charging network available. Porsche is therefore forging ahead and actively pushing the expansion of the charging infrastructure itself," the executive had added.

That push came to life this week with the company's announcement of its 'electric pit stop.' The system is described by Porsche as "a fast-charging solution: a system with modular building blocks that takes account of the available electricity grid, visitor frequency and space constraints."

The firm had already unveiled its first fast-charging park back in July 2018. Porsche engineering had increased the charging stations' voltage level to 800 volts successfully significantly reducing the charging time to less than 20 minutes for a range of 400 kilometers.

The new charging park system is made of weather-proof housings called FlexBoxes that can be positioned far enough from the charging stations for better aesthetics and effective noise reduction. These novel FlexBoxes are also easy to integrate on existing buildings and can comfortably accommodate the galvanic isolation necessary for safety purposes.

The clever system lowers both operating and energy costs by functioning more intelligently. Its transformer station control server also collects all information from hardware control units while connecting the units to the cooling unit, the power electronics and the charging station.

The advanced architecture boosts efficiency to over 95% for the complete system. It also offers several other solutions according to each potential client's needs.

For instance, in cases of limited access to the medium voltage grid,  a ChargeBox featuring a buffer battery can be used that gets charged when there’s no vehicle plugged in.

The stations are made to be very user-friendly. "A large, 10-inch touch display offers a wide variety of options for interacting with the customer," reads the blog. 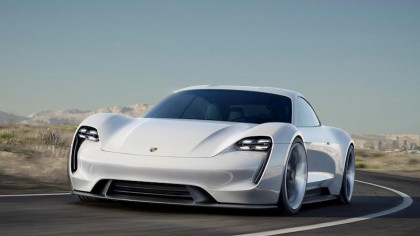 "For both, the market has few optimal solutions to offer. Their use is often complex or there are difficulties with the maintenance, servicing or diagnosis capabilities for such parks. So we have invested a great deal of effort in the issue of user-friendliness," he had concluded.