The Port of Rotterdam is exploring ways to keep their harbor clean and running safely, so they have begun investigating possible drone use to patrol and clean the port. The main drone being investigated for use is called the AquasmartXL, which comes equipped with a camera to be used to patrol the port for safety and security concerns. It would also allow officials to inspect boats and ships easily along the waterline. Apart from this security patrol drone, Port authorities are also implementing a drone that can 'eat' and collect 500KG of plastic waste each day. These drone advancements are all part of the Port of Rotterdam's commitment to innovation.

“Innovation cannot be forced. However, you can create an environment in which innovation is likely to take place and be in line with the market." ~ Allard Castelein, Chief Executive Officer of the Port of Rotterdam Authority

Called the Waste Shark, the plastic-eating drone will be quite larger than te patrol drone, nearly the size of a passenger car. It will be built with a mouth located 35 centimeters below the water line to collects the plastic and trash from the water's surface. After the drone fills up, it will drive back to a waste processing location, dump the load, and head back out for more cleaning.

This trash drone ship will be used within the port boundaries over a testing period in the next 6 months. Authorities are hoping that widespread implementation of the trash-eating drone could help rid the Port of Rotterdam of litter and other trash. 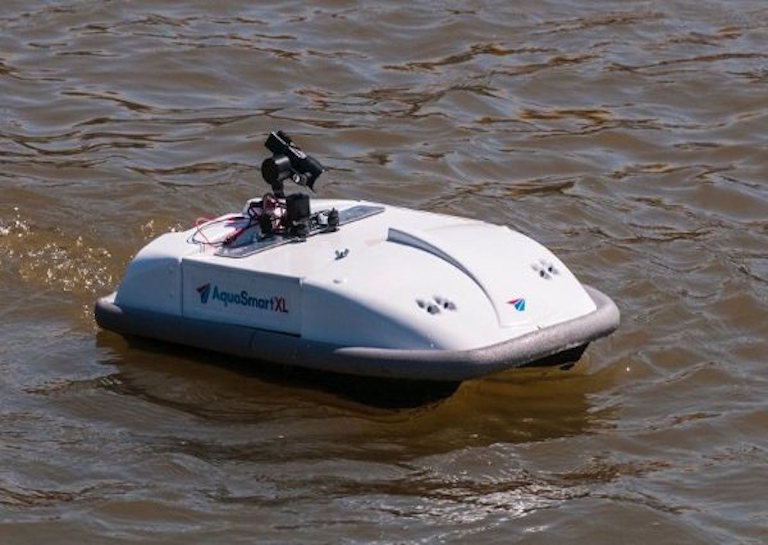