This Geared Turbofan is 15 Percent More Efficient than Other Engines 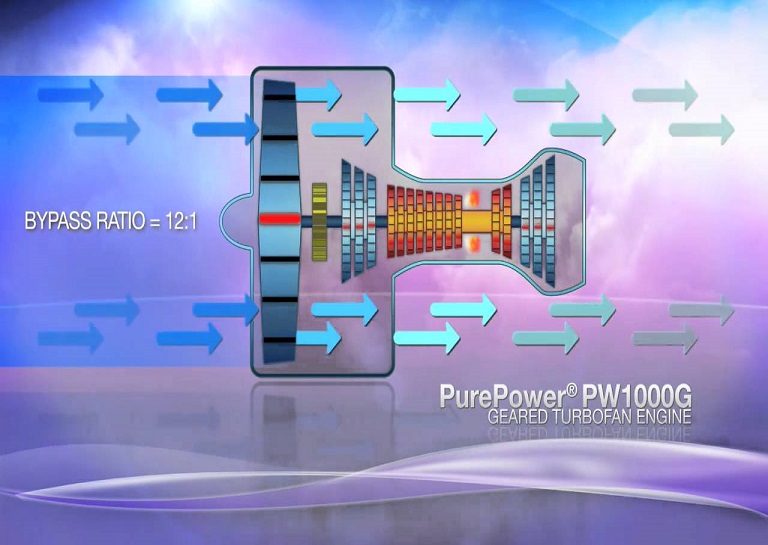 Pratt & Whitney is renowned for its aircraft engines. Now the company wants to improve the traditional design of jet engines and reduce the impact of supersonic turbulence. The solution is remarkably simple, yet highly sophisticated. Instead of using a solid shaft which links the compressor to the turbine, the team introduced a gearbox to alter the speed at which the compressor spins.

Spinning the compressor slower seems counter intuitive, however, by spinning the blades at subsonic speed, the turbulence is minimized, achieving an optimal speed to best improve efficiency. Previous tests revealed the engine is 15 percent more efficient, and since the compressor no longer runs at supersonic speeds, the sound is significantly reduced as no shockwaves are created. In fact, up to 75 percent of the noise can be reduced.

Traditional turbine engines rely on a compressor to feed air into and around the combustion chambers. The majority of the air cools the engine while a small portion is used for combustion to rapidly accelerate the gas into the turbine. The turbine uses some of the energy from the gas to spin up incredibly fast. Both the compressor and the turbine are connected to a shaft resulting in both to spin at the same speed. 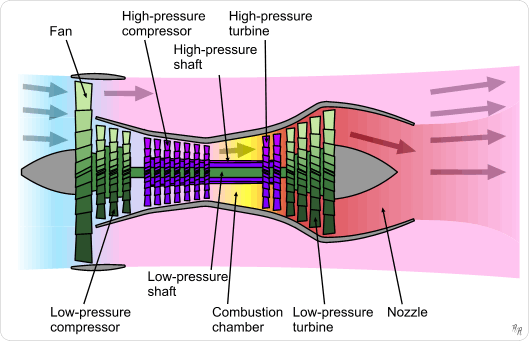 The engine works remarkably well. The more gas passing over the turbine blades, the faster it will spin. This causes the compressor to spin faster and pull in more air, thereby feeding the turbine more air to combust, creating more power and the cycle continues. It seems like an ideal scenario: the faster the turbine spins, the more air, and therefore the more power. The theory is true for the most part, until the compressor blades reach the speed of sound.

Reaching the speed of sound creates an intense shockwave. Anyone who has heard a shockwave understands the shear power exerted by such a force. The shockwaves contain highly compressed and uncompressed waves which travel in series in the form of turbulence. Since the turbine blades are not very large, the shockwaves  impede on the compressors ability to force in more air. As a result, the fuel efficiency is severely impacted.

Achieving such an impressive reduction was no easy task. Pratt & Whitney invested over $10 billion and 20 years in perfecting the Geared Turbofan engine. The engines are much quieter, fuel efficient, economical, and environmentally friendly. Some airlines have already incorporated the new engines into their fleet, leaving the skies a little more green.

Via Pratt and Whitney

Your ISP Might Be Collecting Much More Data Than You Think

The Sly, 252-Foot 'Bond Girl' Trimaran Is More Than Just a Pretty Face