Ditch your iPhone, the world's first holographic smartphone is coming. A professional camera company, RED, announced they will make a smartphone with holographic capability.

The holographic smartphone is called the RED Hydrogen and is described by the company as the "world's first holographic media machine". While details are pretty limited, you can already pre-order the mysterious object. It will set you back $1,595 for the "Titanium" high-end version and $1,195 for the "Aluminum" version. You’ll be ripping off the packaging in early 2018. 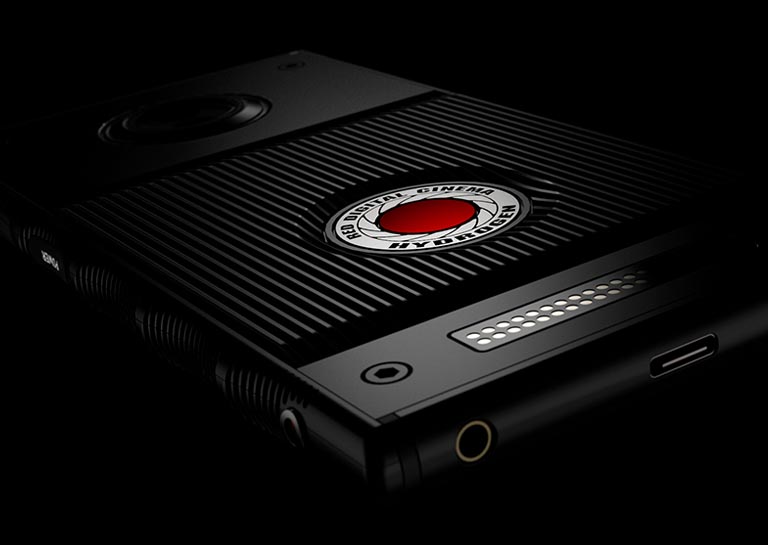 First-ever smartphone with a holographic display

The 5.7 inch android phone has a professional hydrogen holographic display, which "seamlessly switches between traditional 2D content, 3D content, and interactive games” without the need for glasses. The company states that the phone will have a screen able to display "holographic RED Hydrogen 4-View content (H4V)," "stereo 3D content" and "2D/3D VR, AR (augmented reality) and MR (mixed reality)."

RED founder Jim Jannard says of the screen technology, “there is no good way to describe it until you see it.” He also writes that “our display is technology you haven’t seen before. It is not lenticular, which is inferior tech in every way, has been tried many times before and failed for good reason. (see Amazon 3D Fire, LG Optimus, etc).”

It’s not only about the visuals though, the phone also contains a secret algorithm that can convert stereo sound into 5.1 sound.

Modular design of cameras extended to the smartphone

Red is famous for its modular cameras and their phone will follow suit with various camera attachments becoming available to turn the holographic smartphone into a workable camera. Some of these camera additions reportedly will allow for “shooting higher quality motion and still images as well as Hydrogen format holographic images." However, these accessories won’t ship with the first release of the phone.

Inversely, it will be possible to connect the phone to Red’s Scarlet, EPIC and Weapon cameras and use it via a control panel and monitor. All other details about the RED Hydrogen are yet to be released. There is no information about the processor, RAM or storage.

The RED Hydrogen has only one image released. The mysterious picture doesn’t give much to go on other than what is clearly seen as a headphone jack and a USB-C port. The camera looks massive and is clearly where the money is being spent. Overall the phone looks quite similar to RED cameras. It will be interesting to see if people are willing to take the risk on a phone they know nothing about.

Will the ARkit keep Apple ahead?

It is unlikely that the new Apple will have a screen or the visual technology to match the RED Hydrogen. But Apple does have another advantage over the new phone maker, the apple “ARKit”. The kit provides tools for developers to build AR apps and has proven to be hugely popular. Apple has pitched themselves as “the largest AR platform in the world.” It will be interesting to see if RED aims to develop a similar kit for use with their Android system.