On April 27, the team was tasked to preserve a part of American history by using 3-D scanners to recreate 1-1 virtual recreation of the Johnson Space Center to be stored digitally forever. Naturally, everything is susceptible to change, with no exception to the JSC. Just like the mission control rooms before it, the FRC-1 is receiving a 21st-century makeover- but unlike the other mission control rooms, before the room is torn apart it will receive extra love and attention. 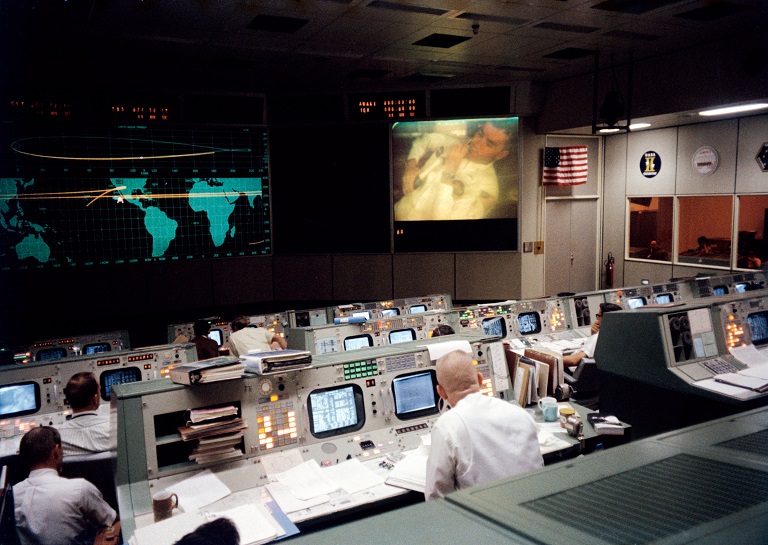 “Since (FCR-1 is) going to be changed out again, we document what it looks like before it’s changed. One of the technologies we have is this laser scan that recreates, in 3-D, basically a virtual reality of the room.”

The scanners use either a laser line or point to scan a specific area. The sensor picks up the reflected light off of the object, and through trigonometric triangulation, the system can calculate the exact distance from the object to the scanner, picking up every minute bump and crevasse along the way, storing it digitally. Equipped with this technology the room can be forever stored digitally, available to anyone interested in seeing FCR-1 exactly as it was when it supported many spaceflight missions. 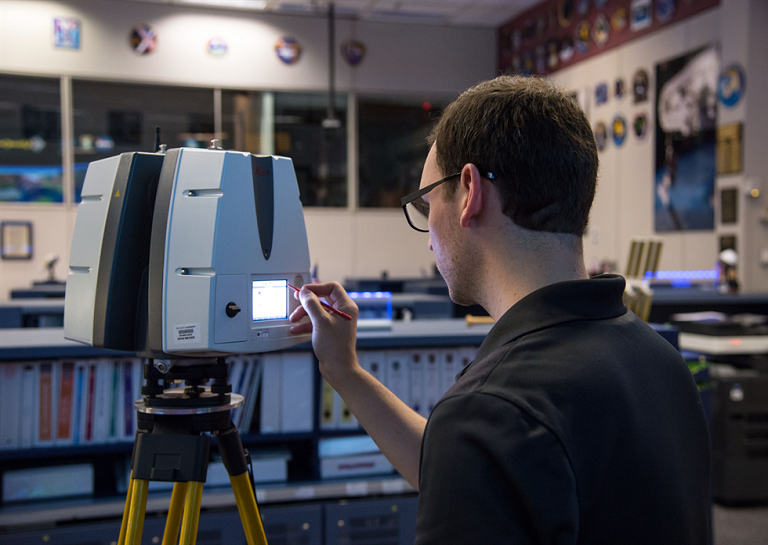 “It’s more interesting than just photographs, because you can really feel the dimensions, and you almost feel like you’re there. The detail that it picks up is really incredible.”

Tetley plans on creating a website that will be live in June where anyone can see the virtual reality representations of FCR-1, among many other historic buildings and landmarks unique to JSC. The JSC is not the only historic site being scanned. Another team has taken on the challenge of scanning 500 artefacts before they are destroyed, calling the plan the CyArk 500.

The company was founded in 2003 with the mission to save heritage sites for generations to come, while giving unprecedented access to people of today. The team has digitally stored historic sites from Mount Rushmore National Memorial to Babylon in Iraq.

“We make history every day,” Tetley said. “We need to be able to document that for the future.”