One of the most impressive car heists in recent history was just pulled off, and not a single car was stolen. Last week, in the middle of the night, a crew of unknown assailants worked to steal all wheels off of 48 different vehicles at a Tyler, Texas car dealership, valued at $250,000. The wheels were gone in just a 4-hour span, and police still have no idea who was behind this theft straight out of Grand Theft Auto. To push the point of how impressive this feat was even further, these tires were physically on vehicles, as in the thieves left 48 different new cars on blocks after making off with their wheels. 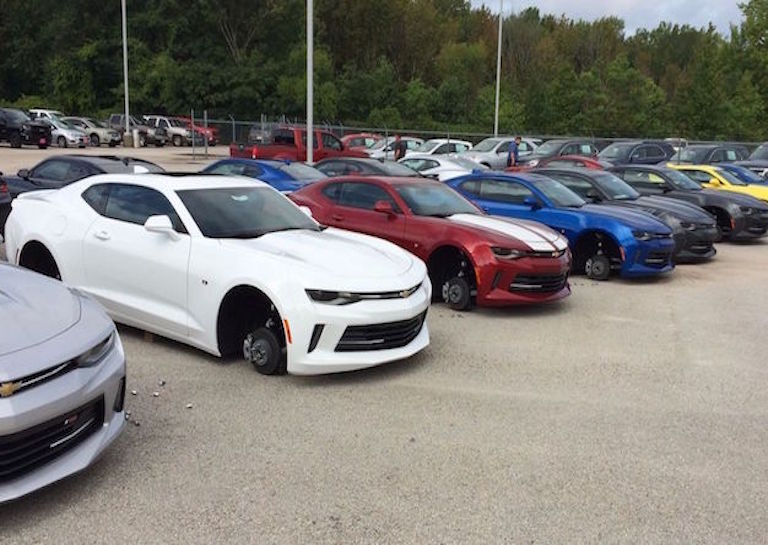 Surveillance video shows that the perpetrators arrived at 1:22 a.m. with a large truck. They then worked to disable the lighting system, according to Car and Driver, so that they could work unseen. When employees arrived at work the next day, they found half of their dealership lot resting on the ground or on bricks. Lots at the Peltier dealership in Tyler were always lit up, so the cameras were not equipped with night vision. Of course, as soon as the thieves disabled the lights, the cameras didn't do much good. 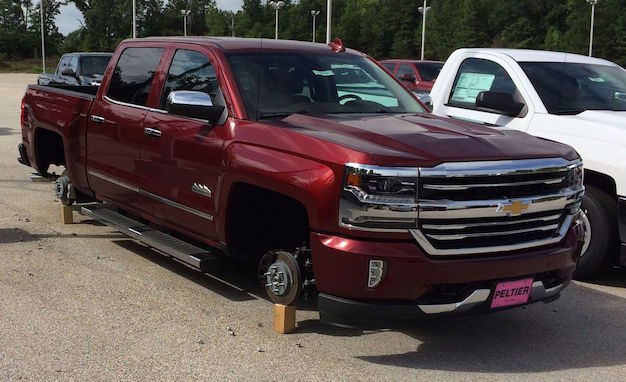 “We’ll go through and do a full safety inspection, get wheels and tires replaced and we’ve contacted our insurance company.” ~ David Bates, GM at Peltier Chevrolet

When you hear news about a car dealership being completed robbed of their wheels and tires, you feel both surprised and impressed. While a heist like this is nothing short of illegal, the fact that the crew was able to remove 192 wheels from 48 cars in 4 hours and escape, still unfound, is amazing.

SEE ALSO: How To Pick A Lock Using Hairpins