Picture the scene, it's the late 1950's and you want to build a new harbor. Not content with using conventional equipment or explosives a more "innovative" approach was proposed. One bright physicist, Edward Teller, suggested using a series of strategically placed nuclear devices to do the job. Voila, Project Chariot was born. The proposal was to use six hydrogen bombs to create a shiny new deep-water harbor near Cape Thompson, Alaska. 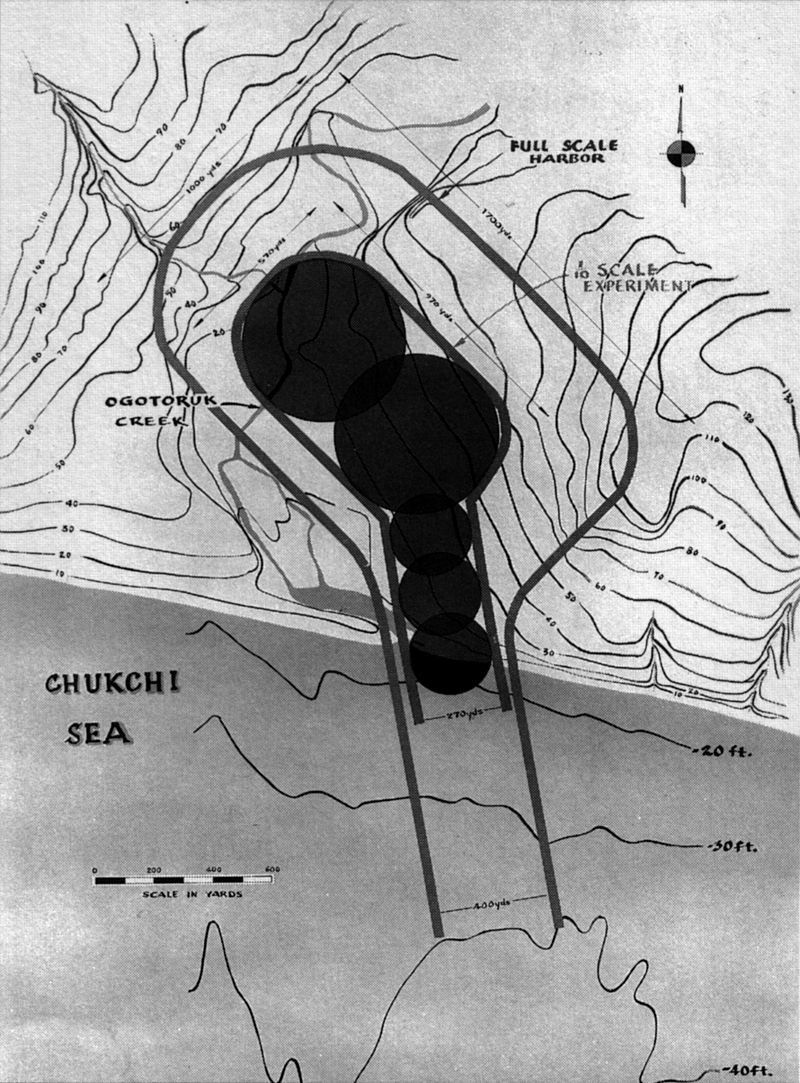 They wanted to Nuke Alaska

Yup, it was the 1950's after all. The ability to release the power of the atom to reshape the Earth's geography seems to have been very appealing at the time. Project Chariot was a smaller part of another policy, Project Plowshare. This larger project wanted to show the world more peaceful uses for nuclear weapons. Given the environment post WW2, this was understandable. The project name was a play on words from the Biblical edict of "They will beat their swords into plowshares".

At the time the Atomic Energy Commission, AEC, later the Department of Energy, hoped to utilize the "relatively inexpensive energy from nuclear explosions" for one of two purposes. The first was to perform large-scale excavations and the second for fracking. The explosive potential for nukes could be used to break up and "move" huge amounts of rock, for instance. Vaporize might be a better term. The cost and time-saving benefits for mining or large civil engineering projects certainly seemed tantalizing. The use of nukes in fracking would greatly increase the permeability and porosity of rocks to ramp up natural gas production and create storage areas for natural gas and oil.

Creating a deepwater harbor was merely a natural progression of this ambitious project. Other proposals included punching a hole through the Bristol Mountains to build a railway between California and New Mexico. Another interesting proposal was to use nukes to widen the Panama Canal. 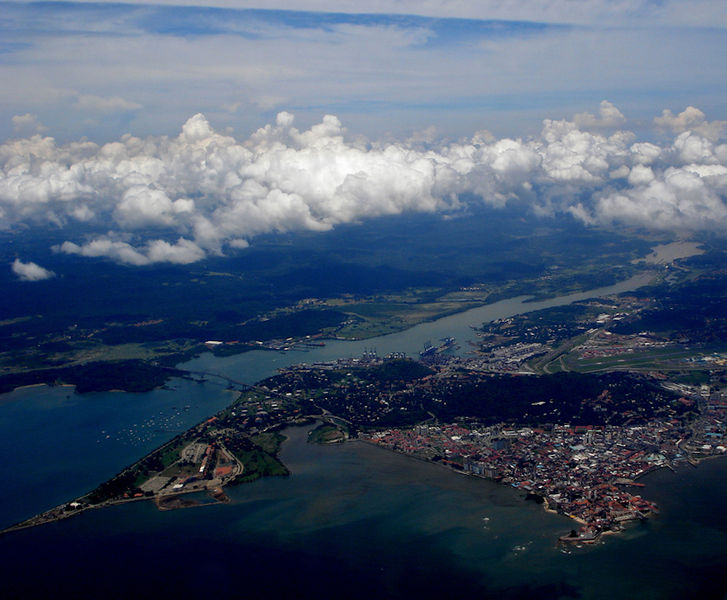 What happened to the project?

The excitement of such a proposal wasn't limited to the project's members. Popular Science wrote in 1958:-

The AEC even claimed that "modern" nukes were clean with little or no fallout.

Regardless of the claims made by the project's team and AEC, public opinion didn't quite agree. According to a 1989 article from the Bulletin of the Atomic Scientists, Project Plowshare was "possibly the first government project challenged on ecological grounds". Local Alaskan citizens didn't see the need for a deep-water harbor at the proposed site. They argued that the harbor would freeze over for much of the year. It would also greatly affect local Inuit populations.

In 1960 the AEC held a meeting in the local Town Hall to ascertain local opinion on the proposal. It didn't go down too well, no doubt. Local Inuits were worried that their local village, only 48 kilometers away would be affected. Claims of "clean" nukes were outright rejected. Fears included issues such as local fishing supplies getting contaminated.

They had read about the test blasts only a few years earlier at the Bikini Atoll. Their test blasts spread high levels of radioactivity over 11,000 square kilometers from the test site. With their village so close to the proposed harbor, it seemed ridiculous to claim anything to the contrary.

The locals' fears didn't fall on deaf ears and they would later be justified in their defiance. Project Chariot was one of the earliest projects to have an environmental study conducted prior to its initiation. The University of Alaska demanded they conduct the study to provide unbiased results. The AEC didn't share their concerns and appointed their very own Biologist, John N Wolfe, to complete the investigation. Although this may seem far from impartial, his study was to ultimately be crippling for Project Chariot. He found that local Inuits and Caribou already had heightened levels of radioactivity in their bodies.

The reason for this soon became clear. The radioactive material had entered the food chain through local lichen. Caribou just happened to love "wolfing down" this lichen. It turned out that this lichen was very adept at picking up radioactivity from the air. At the time there had been so many nuclear tests pumping radioactive material into the atmosphere.

Given that the proposed site was a mere 30 miles from the village it was preposterous to claim that no harmful impact on local ecology would occur from the works. A year later in 1961 Point Hope Village Council wrote a strongly worded letter to President Kennedy condemning the project. The backed up their position with the findings of the Environmental Study.

Project Chariot never got the green light. Though nukes were never used for actual construction projects, 27 test blasts were conducted, however, but most of these were restricted to Nevada. Much to the relief of the local population at Cape Point and across the world. Project Plowshare's ambition was ultimately its undoing. Public opinion and technical difficulties ultimately sank the AEC's attempt to rebrand nukes. The project was finally shelved in 1977 after the potential environmental devastation from fallout were too hard to ignore.

As we can well understand today, the public at the time did not approve of the government detonating wave after wave of barely understood technology. The environmental consequences of which could not have fully been appreciated at the time.