Alphabet (Google's parent company), with the support of the FCC, has been taking aggressive steps with its Project Loon to provide aid to Puerto Rico in restoring wireless service to the island.

Amidst the devastating aftermath left in Puerto Rico after Hurricanes Irma and Maria cut their way across the island, there has been an outpouring of relief efforts. The country’s ailing electricity infrastructure took the biggest hit, and even now, recent data shows that upwards of 80 percent of the island is still coping with no electricity.

One of the creative solutions put forth to help Puerto Rico in this dire situation has come in the form of Project Loon. The project is run by Alphabet's X, and involves efforts to deploy balloons that will deliver much-needed cellular LTE service. The FCC greenlighted the project in the form a temporary “experimental license” it released a generous move which allowed relief efforts on the island to be accelerated.

In all, 30 balloons will be deployed, hovering about 20 kilometers in the stratosphere above the Earth. Its job is to relay communication between handsets of users and ground stations manned by Alphabet. The support of the FCC and its Hurricane Recovery Task Force is crucial for Puerto Rico and many other islands in the Carribean. In a report released yesterday, the US agency estimates that in Puerto Rico, the US Virgin Islands and St. John, out-of-service cell sites represent 83, 57 and 100 percent, respectively.

Integration with a local network, in this case Telefonica, will also need to be done. In terms of the challenges facing Alphabet in Puerto Rico, the company is essentially building the wheel. As stated by a company rep, in Puerto Rico “things are a little more complicated because we're starting from scratch...Loon needs be integrated with a telco partner’s network—the balloons can’t do it alone.”

The relief efforts in some ways are also providing benefits for Alphabet’s Moonshot X division, the brainchild of the company which was set up with the sole purpose of providing service to underserved areas in the global community. This represents the first instance of a project of this scale—some were already put in place in Peru earlier this year after large-scale heavy rain and flooding brought severe damage to the country. 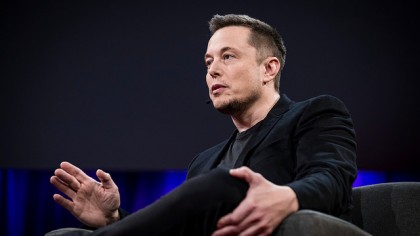 An Alphabet X spokesperson expressed its sincere gratitude for the cooperation of local authorities and appreciation for being given this unique opportunity:

“We're grateful for the support of the FCC and the Puerto Rican authorities as we work hard to see if it's possible to use Loon balloons to bring emergency connectivity to the island during this time of need. To deliver signal to people's devices, Loon needs be integrated with a telco partner's network — the balloons can't do it alone. We've been making solid progress on this next step and would like to thank everyone who's been lending a hand.”

As climate change-driven natural disasters continue to appear with greater regularity and severity, these types of joint cooperation are becoming instrumental in creating an effective relief effort network.