This Propane-Filled Vortex Cannon is Probably a Bad Idea

You have probably seen toys that shoot rings of air at others. They have been around for a while and are surprisingly fun to play with. Others have used these same principles to create large smoke rings that fly through the air, but the Backyard Scientist from YouTube took it to the next level. He created a giant trashcan-sized air cannon and proceeded to fill it with propane. From doing this, he was able to shoot a large ring of combustible gas through the air at a flame. Just check out the footage from GoPro to see how it turned out.

If you have kids, this would make a great weekend project, minus the propane and fire. The trashcan air cannon is able to shoot a large burst of air quite a distance, so playing with it inside or out can kind of feel like playing with invisible ammunition. It is also a great way to teach your kids about air pressure, gas interaction, and of course if you want to add the propane, combustion. 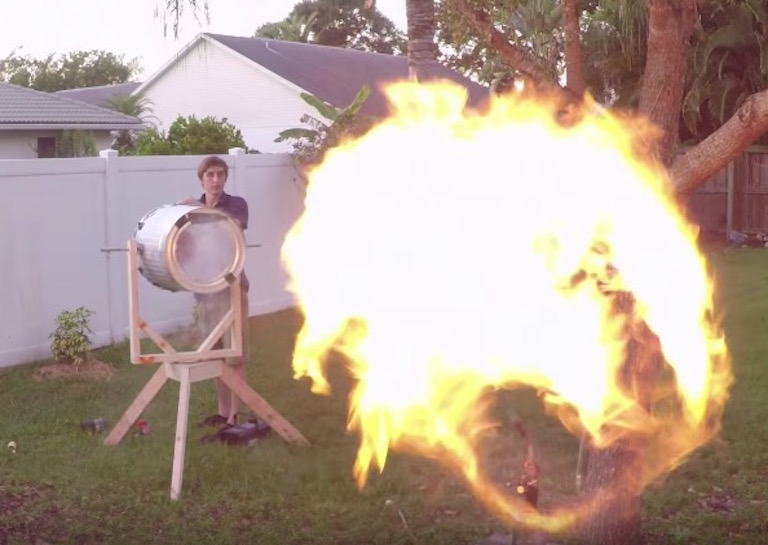 SEE ALSO: See What Happens When a Non-newtonian Fluid is Shot with a Golfball