Author (and inventor for some) Jules Verne created worlds in his stories that featured technology that is still relevant to this day.

You may not be familiar with the name Jules Verne, but you definitely know this author’s influence and work.

If you ever traversed the depths of Rapture in Bioshock, got caught up in the adventure of the movie Atlantis: The Lost Empire, laughed at an episode of Rick and Morty, or are just a fan of the science fiction genre; you’ve been touched by Verne’s far-reaching impact.

Jule Verne is widely regarded as one of the fathers of science fiction, capturing the imagination of audiences across the globe. 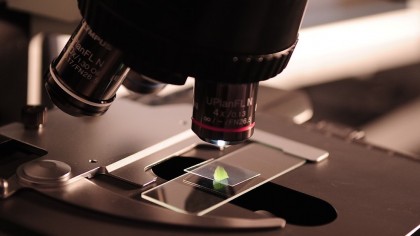 In a time period where technology was still in its infancy, Verne told stories of adventure, conjuring worlds in which a new age of technology would help men reach the darkest depths of the ocean and soar past the stars.

Beyond just the plot devices and aesthetic that still influences sci-fi stories to this day, Jules Verne made predictions about technology that are true.

His optimism and imaginative mind invented machines and objects that are now part of everyday life.

Prophet or genius? You will learn not only about this great science fiction author but equally about all the technology that he invented in his stories that eventually came into fruition.

Who was Jules Verne?

Jules Verne adventure novels like Journey to the Center of the Earth, Twenty Thousand Leagues Under the Sea, and Around the World in 80 Days are all considered classics and important moments for the genre.

Born in France during the early 19th Century on February 8th, Jules originally had plans of being a lawyer. Yet, his love for adventure and meticulous obsession with science got the better of him, leading him to create the books that you know and love today.

Before the ideas where even on the minds of the scientists of the time, Verne was discussing machines that soar through the sky, that travel through the depths of the ocean, and that would eventually put humanity on the moon.

Described with such coincidental detail, here are some of the inventions that appeared in Jules Verne’s stories, that eventually became reality.

Jules Verne’s fantastical imagination produced inventions that were just as memorable as his protagonists. In the story Twenty Thousand Leagues Under the Sea, Verne introduced the world to the submarine Nautilus.

Commanded by the neurotic Captain Nemo, the submarine was one of the main settings of the book. Before submarines were ever used to explore the sea, Jules Verne was able to imagine an electric powered vessel, that is long and cylindrical.

The Nautilus featured all the luxuries and technology that you might find on some yacht today paired with the ability to dive to incredible depths. Nautilus featured the main cabin, navigational devices, a dining room, and barometer.

Though far more luxurious than what you may find on a submarine today, the description found in the underwater epic illustrates the submarines you see today.

The author was said to take inspiration from models he saw on display at the 1867 world's fair in Paris, as well as scientific knowledge about electricity and battery power.

Verne sketched out and imagined tons of aircraft during his time as an author. However, in the story Robur the Conqueror, he was extra specific with one of his descriptions. In the story, the character builds a machine out of pressboard that was controlled with high-speed rotors that propelled the aircraft to the heavens.

Though to be fair, there were prototype sketches of helicopter floating around the scientific and engineering community during his time as an author.

The Jukebox and Hologram

The first time you may remember seeing the idea of the hologram in pop culture was probably in the classic film Star Wars. Yet, Jules was thinking about this way before Leia requested Obi-Wan’s help.

In the book, the Carpathian Castle Verne tells a story centered around prima donna La Stilla, represented at the times of the events as a projected still image. In the story, the villagers live in fear of a mysterious castle that produces odd voices.

The people come to find out that the images that they were seeing were just an optically floating illusion, or hologram, paired with recorded sounds.

More of a futurist than a prophet, some describe Jules Verne as someone who was paying great attention to the times rather than simply outright prophesying. Verne was well acquainted with the technology of the time and played with ideas of how those technologies could evolve.

Using this power of inference, Verne predicted the inevitable change of the news. Described in the story (now believed to be written by his son Michel Verne by following his father's ideas) In the Year 2889, Verne predicts an alternative to the newspaper.

"In the Year 2889," Jules Verne described an alternative to newspapers: "Instead of being printed, the Earth Chronicle is every morning spoken to subscribers, who, from interesting conversations with reporters, statesmen and scientists, learn the news of the day,” says Verne.

This insight perfectly describes the modern newscast landscape, something that did not appear until decades later.

In the same story, "In the Year 2889", Jules Verne hinted at the idea that is very close to what you may describe as video conferencing today. Calling it the phonotelephote, the device allowed people to communicate with each other over great distances.

As mentioned in the article, the phonotlephote allowed the transmission of images by means of sensitive mirrors connected by wires. Think about that next time you are Skyping.

If you were to read Jules Verne’s From the Earth to the Moon, you would think he is describing space travel today.

Aside from his ideas for gourmet space cuisine, and space suits, Verne also imagined a day where humanity would use ships powered by light to explore the wonders of space.

Jules Verne asked the question, “will someday appear velocities far greater than these, of which light or electricity will probably be the mechanical agent?"

His description coincidentally coincides with the technology known as solar sails, currently being deployed for future missions around the world.

In From the Earth to the Moon, Jules Verne was able to capture humanity’s fascination with the moon and eventually Space travel.

Describing them as projectiles, the author imagined a world where humanity would launch themselves via spacecraft into the moon similar to that of a gun and a bullet.

Verne also mentioned splashdown spaceships, a space base in Florida, light pressure propulsion, and space suits all way before their time.